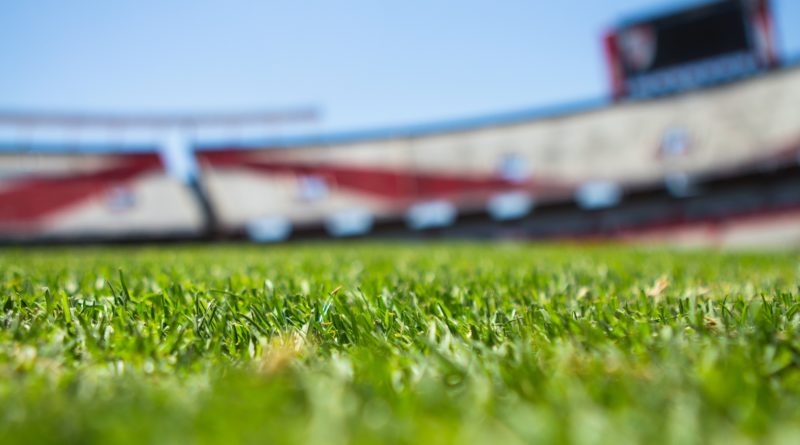 Chandler was able to narrowly escape with a win against Casteel last Friday, walking away with a 21-17 victory to keep the undefeated streak alive. This week, Chandler will take on Highland as the Wolves work their way toward the pinnacle of their schedule to close things out against Hamilton.

Handing the Hawks their second consecutive loss, the Huskies continues to keep things rolling as they reach the end of the regular season. This week, they face struggling Higley, which enters with a 2-6 record, before closing things out against Chandler next week at home.

After cruising to an easy 56-7 victory over Cesar Chavez last week, Basha is looking to close the season Friday against the Mountain View Toros. The Bears will be up to a nice test against the Toros, as it will be a duel between two rising quarterback stars in Demond Williams Jr. and Jack Germain.

Saguaro’s growth from the beginning of the season to this point has been huge. The Sabercats have been on fire, most recently storming past Campo Verde with a 43-7 win. This week, they’ll make a push toward closing the regular season with a road game at Notre Dame Prep before putting a wrap on things next week at Gilbert.

It was an absolute beatdown last Friday, as the Cobras rolled over the Northwest Christian Crusaders 56-3. This week, Cactus will close its home slate with a game against the struggling Gila Ridge Hawks before ending the regular season next week with their rivalry game at Peoria.

After a strong start to the season, Queen Creek suffered back-to-back losses to Chandler and Red Mountain. The Bulldogs still have a spot in the Open Division playoffs as of now, but they’re in must-win situations going forward. While the Bulldogs, on paper, should come out victorious, anything can happen on any given Friday, so they must remain vigilant. They’ll hit the road this week to take on Mountain Pointe before closing the regular season at home against Desert Ridge.

After suffering a tough loss to the Saguaro Sabercats, Horizon responded with a massive win against the Maricopa Rams. Pouncing their way to a 68-12 victory, the Huskies will look to continue building off the rejuvenated sense of energy as they take on Campo Verde this Friday on the road before closing the regular season next week against Notre Dame Prep.

The Mountain Lions suffered a loss to Liberty earlier in the season, but a statement win over red-hot Queen Creek last Friday has shown they can’t be counted out of the conversation by any means. After walking away with a 23-21 victory, they’ll host the Williams Field Blackhawks this week as they look to continue adding to the win column before closing the regular season against Higley.

After suffering back-to-back losses to Basha and Hamilton, the Hawks are down but not out. There’s still a possibility of Highland sneaking into the Open Division playoffs, as they’re currently knocking on the door at the No. 10 spot. This week, they have the opportunity to pull off a huge upset, as they host the Chandler Wolves.

With losses to Chandler and Queen Creek, the Liberty Lions are in an excellent position to remain in the Open Division due to their strength of schedule. After escaping with a 33-27 win against Pinnacle last week, Liberty prepares to host Brophy this week, who’s on a six-game win streak.

Sophomore quarterback Jack Germaine is going to be put to the test this week against a tough Basha defense. Mountain View is off to the best start the program has had in years even as it’s undergoing a rebuild. The Toros’ defense will also have a large challenge ahead of them in stopping Basha quarterback Demond Williams. The Toros will hit the road this week in search of a statement win before returning home next week to take on Cesar Chavez.

This week, the Cougars will look to close the regular season as they host Arcadia. It’s a change from the original schedule, as Pueblo had to cancel due to COVID-related issues. For quarterback Angel Flores and a number of his brothers, it will be senior night for them, as they play their final regular-season game before awaiting their fate within the playoff rankings.

Using the bye to get refreshed, Desert Edge was able to press forward to a 28-21 victory over the small yet scrappy Sunrise Mountain Mustangs. This week, Desert Edge prepares to face Millennium, a team that’s struggled to be consistent but has the potential to be deadly. They’ll host the Tigers this week before hitting the road to close the regular season against the Verrado Vipers, who are having quite the season of their own.

Taking care of business last week against Buena, the Lancers are currently in a prime position within the 5A playoff rankings. This week, they’ll host Mountain View – Marana for senior night before hitting the road to close the regular season next week against Flowing Wells.

Having defeated Show Low in the final game of the season, the Lobos were able to claim the top spot in the 3A East. In the playoff rankings, the Lobos nabbed the No. 2 overall spot, putting them in a prime position to make a push this year in the playoffs. This week, they begin their quest for a championship when they host No. 15 Monument Valley on Friday.

Following a bye last week, Mountain Ridge is preparing to host Shadow Ridge this week in a game they statistically should win. The Mountain Lions will then be closing the regular season next week on the road against O’Connor.

Desert View bounced back from a shutout loss to Salpointe Catholic with a solid 48-7 win over Flowing Wells last week. As they push toward the end of the season in search of one of the top playoff seeds, they’ll host Buena this week before closing things out next week on the road at Cholla.

The Patriots are continuing to make a push toward the top as one of the best teams in the conference. Their one loss is to Saguaro at the beginning of the season in a close game, but that Saguaro team was lightyears different from the team playing now. The AIA might have them in the Open Division rankings, but realistically they’ll probably wind up as a top 4A seed. They’ll close the regular season this week against Benjamin Franklin.

Marana is continuing to surprise people with what they’re achieving on the field this year, most recently with a 55-0 blowout of the Nogales Apaches last week. They’ll look to continue their streak of dominance this week as they take on Cienega, which is making a push at just the right time, too.

After dropping two of the first three, Brophy has come back to win five in a row, with statement victories included in those. This week, the Broncos will face another huge test when they travel to Peoria to face Liberty in what will certainly be one of the biggest 6A games of the week.

Williams Field is always competitive, and this week will be no different when they take on one of the top-ranked teams in Red Mountain on Friday. This is sure to be another competitive game for the 6A conference, and Williams Field could have the chance to shake things up this week with a big win.

While nobody expected much of Verrado at the beginning of the season, they’ve exploded to the top of the 5A rankings as they continue to rack up the wins. Last week, Verrado rolled over the Ironwood Eagles 48-20, and this week they’ll host Sunrise Mountain before finishing the regular season against Desert Edge.

Yuma Catholic had an explosive season yet again, finishing with only one loss in a close battle with ALA-Gilbert North early in the season. The Shamrocks were able to clinch the 3A West division, and they’ll take on Payson in the first round of the playoffs this week.

Breaking into the rankings this week are the Poston Butte Broncos, whose two losses this season came to top 4A teams in Cactus and ALA-Queen Creek. This week, Poston Butte will look to snag a win against Combs on the road.

With losses early to Verrado and Brophy Prep, Notre Dame is by no means out of the race in the playoffs. This week, they’ll look to keep pushing toward the top when they host Saguaro.