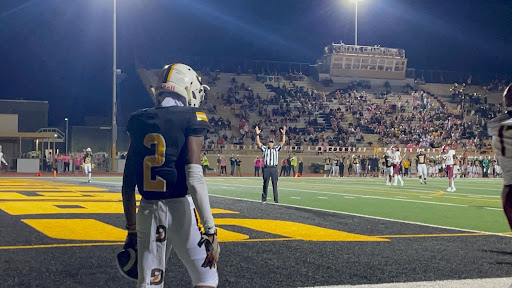 Despite the Rockets’ 27-26 loss to Arizona College Prep, Bradley racked up 268 yards on 41 carries with a touchdown and a two-point conversion. He also had a 99-yard kickoff return for a touchdown.

Flores passed for five touchdowns in the 56-7 domination of Douglas under the Thursday Night Lights Game of the Week.

Back on the list again this week is Galvan, who passed for seven touchdowns to five different receivers, lifting the Cobras to their fifth straight big win in the 54-6 victory over Poston Butte.

The Jaguars racked up a whopping 512 yards on the ground in the 46-28 win over Marana, with 315 of the yards coming from Gboweiah on 24 carries. He also had three of the team’s touchdowns.

In the Skyhawks’ 63-35 rout of Walden Grove, Gonzales passed for five touchdowns to help Deer Valley advance to 4-0 on the season.

The future Washington Husky had nine tackles, two sacks, four passes defended, one forced fumble and one fumble recovery in the 44-23 victory over Cesar Chavez.

Hudson had the winning field goal as time expired to help the Coyotes defeat the Cienega Bobcats, 23-21.

Jacobs was an offensive spark plug for the Sabercats in the 49-21 win over Salpointe Catholic on Friday, scoring three touchdowns.

The senior had a record-setting night with 384 official rushing yards and five touchdowns in Casteel’s 47-27 win over Higley.

Partridge had five total touchdowns in Horizon’s 43-36 win over Millennium. He passed for 291 yards and rushed for 106.

Both a running back and linebacker, Stopke had four touchdowns on the night doing a large part of the offensive leg work while also recording four tackles in the 35-6 win over Mohave.

On just 21 carries, Wilson had 272 rushing yards and two touchdowns in the 44-23 victory over Cesar Chavez.