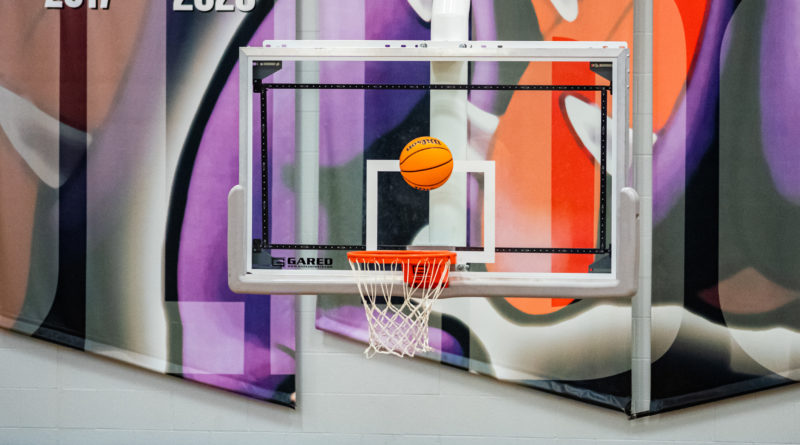 PHOENIX, Ariz. — The sixth-seeded Mountain Pointe Pride held off the pesky No. 7 Hamilton Huskies in the AIA Class 6A semifinals Thursday, winning 52-49.

The game was tightly contested the entire way, with a final three-point attempt by Huskies senior point guard Adrian Galindo rattling in and out and helping the Pride avoid overtime. Galindo finished with 11 points and five rebounds.

Pride senior point guard Jason Kimbrough Jr. was the defender on the deep three-pointer and had nothing but praise for Galindo, a close friend of his.

“One funny thing is actually one of my closest friends, Adrian, (took the shot),” Kimbrough Jr. said. “We played together for a very long time. He’s a great kid, and knowing him, he loved (shooting) that little step-back (jump shot), so even when he shot it, I thought I contested it well.

“I’m always going to think positively — he’s going to miss — but the way it was in the air, it gave a little bit of a scare that it was going overtime.”

Mountain Pointe led by nine points before the Huskies clawed back and took a seven-point lead early in the third quarter. Kimbrough Jr., who finished with seven points, six assists and two steals, credited the Pride’s defense and the emphasis the coaching staff puts on defense for the team keeping its composure and staying in the game after Hamilton’s run.

“We’ve been in worse situations before and battled through to fight those things,” Kimbrough Jr. said. “I think the special way that we play defense (and) that (coach Kaimarr Price) is on us to play defense, we think that we can never be out of a game no matter what.

“When we played (Desert Vista) for the second time of the season, we were down by as much as 30, and in (about) seven minutes, we brought it (back) to six points. I think the way we play defense, the way we fly around, the way that we can create a spark, it never means we’re out of a game.”

Senior forward Zereoue Williams had the biggest impact on the game for the Pride, finishing with 13 points, four rebounds, seven blocks and two steals.

Price elaborated on his defensive philosophy.

“You can score all the points in the world, but if you don’t get stops somehow, then you’re just keeping it even,” Price said. “When we defend, we fly around and be athletic. It really plays into our style of play, forces other teams to do stuff they’re not comfortable doing, and if you look at our wins and losses, when we’re able to play fast and fly around defensively is when we win the most.”

Price and his players are enjoying the win and making sure they don’t take any moment for granted after all of the postponements COVID-19 has caused this season, and they aren’t looking ahead to the title game just yet. The Pride will face top-seeded Sunnyslope on Saturday.

“We’ve got a mentality here that we celebrate every day between wins, losses, (and) practices with this situation with COVID and things being taken away from us,” Price said. “It really taught us how important every day is and that it’s not promised, so we’ve got to celebrate every win.”

What was an exciting and celebratory win for the Pride was a heartbreaking and crushing loss for the Huskies, who were one win short of playing for a state championship. Head coach Doug Harris called his team a “resilient group.”

“They’re just a resilient bunch,” Harris said. “We fought back and got up by eight, and then we just didn’t do the things necessary to keep that lead. We turned the ball over a lot (and it turned) into some fast transition points for them and they got some easy buckets as a result.”

Harris was nothing but proud of the run the Huskies made this season.

“Words can’t express enough how proud I am of my guys,” Harris said. “I mean, they fought all year. They battled (through) a lot of things due to the COVID pandemic to get to this point, (and) I just can’t say enough.”