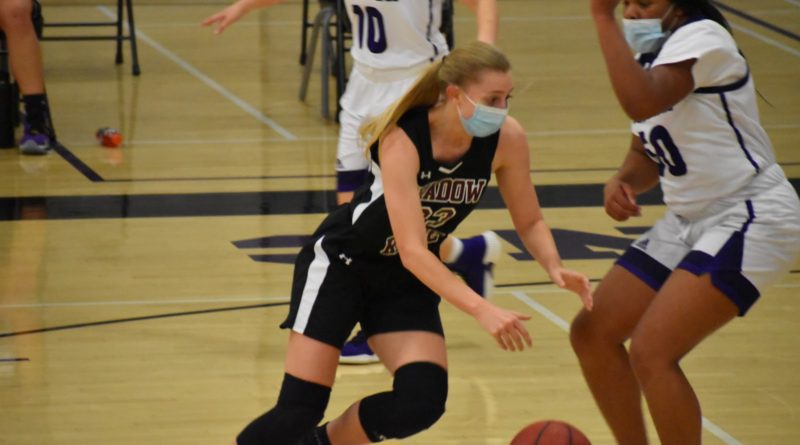 Below is a list of top girls basketball performances for the week of Feb. 8-14. If you know of a player we should add to this list or include in a future week, email brittanyabowyer@gmail.com.

Against Vista Grande on Tuesday, the sophomore had a double-double with 19 points, 12 steals, nine rebounds, three assists and eight deflections to help lift the Broncos to a 60-28 victory.

The senior had 20 points along with eight rebounds, three steals and two assists in Friday’s 59-41 victory over Millennium.

The freshman was named player of the game Friday against Ironwood after recording 27 points, five steals, three rebounds and two assists in a 55-27 victory.

In one of her best performances of the season, the freshman had 21 points, six rebounds, six steals, three assists and a block to help lift the Demons to a 50-40 victory over Yuma.

In her season debut for the Black Hawks, the senior notched her 1,000th career point in a 65-24 rout of Higley on Tuesday. She posted 20 points, seven rebounds, seven steals and two assists.

In Tuesday’s game against Winslow, the junior had 23 points and 17 rebounds to secure a double-double in a 58-41 win.

The senior scored her 1,000th career point in Friday’s 84-5 victory over Kofa on a breakaway layup. She also helped lift her team to a 63-20 victory over Campo Verde on Wednesday, racking up 21 points, three rebounds and three assists.

In another explosive game, the senior dropped 31 of Mesquite’s 55 points in the Wildcats’ 55-51 win over Perry on Monday. Shooting 92 percent, she also had seven assists, six rebounds, six steals and three blocks.

Another transfer to Williams Field’s program, the junior showed how she can provide an immediate boost on the court when she had 22 points and six steals in Tuesday’s 65-24 rout of Higley.

The senior posted a double-double with 22 points, 10 rebounds and eight steals in a 47-42 loss to Cortez on Tuesday.

Hawkins had a season-best performance Tuesday in Yuma’s 58-25 victory over San Luis. The sophomore had a triple-double with 27 points, 18 rebounds and 10 steals. She added two assists and three blocks.

In Thursday’s 39-29 victory over St. Mary’s, the junior had 19 points and eight rebounds.

It was another outstanding week for the senior, who had three consecutive games with a double-double. On Tuesday, she had 30 points and 34 rebounds … you read that right, 34 rebounds … in a 64-59 loss to Youngker. On Thursday, she tallied 12 points and 11 rebounds in a 47-35 victory over Desert Edge before posting 21 points and 12 rebounds in a 50-44 loss to ALA-Queen Creek on Friday.

The senior tallied 22 points, six rebounds, four assists and three steals in a 66-53 victory over Sunnyslope on Friday.

The senior had another outstanding game with 28 points, eight steals, seven rebounds and three assists in a 64-59 victory over Buckeye on Tuesday.

In Tuesday’s 66-20 rout of Cienega, the senior had 24 points, seven rebounds and three steals to help the Lancers get the win.

On Wednesday, the senior had 22 points, six rebounds, an assist and a steal in a 69-58 victory over Tucson.

In the best game of her high school career to date, the freshman posted a double-double with 17 points and 14 rebounds, along with an assist and a steal, in a 57-49 victory over Dysart on Tuesday.

In Thursday’s 60-59 victory over Centennial, the freshman had a phenomenal game with 25 points, six steals and five rebounds.

Making her first appearance on the list, Reyes, a senior, had a double-double with 21 points and 12 rebounds, along with five steals, two assists and a block, in a 56-29 win over Gila Ridge on Tuesday.

The freshman had the most explosive game of her high school career thus far Tuesday against Corona del Sol, setting her up to have a huge week. After putting up a double-double in the 62-31 victory with 28 points, 13 rebounds, two steals and a block, she then posted 16 points and 12 rebounds Thursday in a 48-43 overtime loss to Cibola. She had 20 points and 13 rebounds in a 53-38 loss to Mesa on Friday.

The senior posted 21 points, four rebounds and four assists in a 60-57 loss to Independence on Tuesday.

Making her first appearance on the list, the junior posted a double-double with 19 points and 12 rebounds in a 56-32 victory over Canyon del Oro on Monday. She also had a steal and two blocks.

The senior had another explosive week for the Huskies. In Tuesday’s 66-47 win over Xavier Prep, Roybal had a game-high 24 points and two steals before posting 21 points, four rebounds, an assist and a steal in a 59-44 win over Mesa on Thursday.

The sophomore scored more than half of Paradise Valley’s points in the Trojans’ 36-20 win over Shadow Mountain on Friday, posting 19 points, seven steals and six rebounds.

In Wednesday’s 60-35 loss to Pueblo, the junior had a double-double with 19 points and 12 rebounds, along with two blocked shots.

Back on the list once again is Weathersby, this time for her performance in a game against Cactus Shadows on Wednesday. The senior had 21 points, nine assists and four steals in a 48-46 loss.

The freshman had an outstanding performance Wednesday, notching a double-double with 19 points, 10 steals, nine rebounds and seven assists in a 70-49 victory over Peoria.