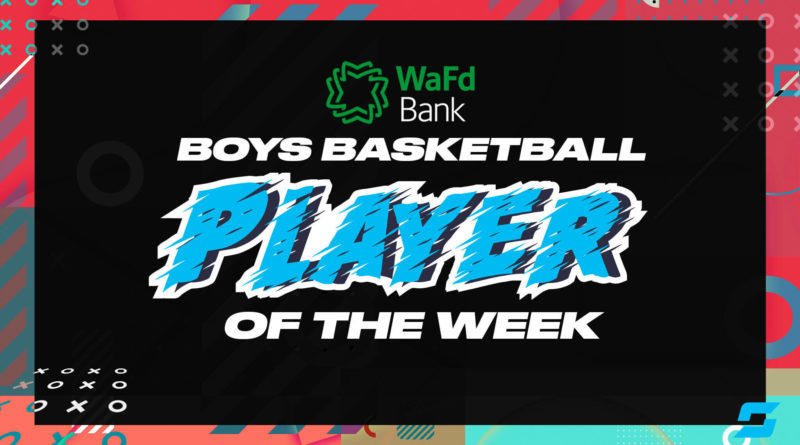 Here are the candidates for the WaFd Bank Arizona High School Boys Basketball Player of the Week for Feb. 1-7 as nominated by fans, readers and SBLive’s staff. Read through the nominees and cast your vote at the bottom of the page. Voting will conclude on Sunday at 11:59 p.m and the winner will be announced Monday. If you would like to make a nomination in a future week, please email regan@scorebooklive.com or tag us on Twitter or Instagram at @sbliveaz.

Chuck Bailey, Higley: The sophomore had 21 points, nine rebounds, three assists and two steals in an 82-78 loss to Poston Butte on Monday.

Steven Cervantes, Mesa: The senior went off Tuesday, scoring half (32 points) of Mesa’s points in the Jackrabbits’ 64-45 victory over Skyline.

Tanner Crawford, Mesa: The senior helped Mesa improve to 6-1 by posting a double-double in Friday’s game against Red Mountain. He had 18 points and 17 rebounds.

Oakland Fort, Sunnyslope: The junior makes yet another appearance on the list for his dynamic play. He racked up 20 points, five rebounds and five assists in Tuesday’s 69-52 victory over Valley Vista.

Tyren Gibbs, Shadow Ridge: The junior had 23 points and five assists in a 69-62 win over Canyon View on Tuesday.

Miles Guliford, Liberty: The senior led the Lions in scoring Tuesday with 20 points in a 106-52 rout of Mountain Ridge. Guliford also had six assists and four steals in the blowout win.

Isaiah Kai, Campo Verde: In a rough week following the news of the loss of a former teammate, the sophomore had an outstanding performance with 32 points, five assists and four rebounds in a 73-70 overtime loss to Williams Field.

McCoy Kelly, ALA-Queen Creek: The junior had 23 points, four rebounds and two assists in the Patriots’ 62-60 loss to Saguaro on Tuesday.

Trenton McLaughlin, Basha: The senior had a double-double Friday, including 36 points, to help lift the Bears to an 88-71 victory over Higley.

Daryian Matthews, Dysart: The senior makes the list for the third week in a row. Matthews had another impressive performance that resulted in a double-double Tuesday, when he posted 24 points and 27 rebounds in the Demons’ 63-47 win over Buckeye.

Espn Polanski, Boulder Creek: In Friday’s highly competitive game between the Jaguars and the Liberty Lions, the sophomore put up 23 points along with three assists, two rebounds and a deflection in an 88-83 loss.

Jalen Scott, Paradise Honors: The senior had an insane stat line, achieving a quadruple-double Friday with 13 points, 11 assists, 10 rebounds and 10 steals in a 94-47 victory over Youngker.

Caleb Simpson, Saguaro: The senior led the team in scoring with 20 points in Tuesday’s 62-60 victory over ALA-Queen Creek. He also had three rebounds, three steals and two assists.

Elijah Thomas, Valley Vista: The senior had 20 points, nine rebounds and three blocks in Thursday’s 71-60 victory over Pinnacle before posting a double-double Friday with 24 points, 11 rebounds and six steals in a 70-47 win over Willow Canyon.

Zereoue Williams, Mountain Pointe: The senior had 17 points, 27 rebounds and eight blocks to help lift the Pride to a 70-60 victory over Queen Creek on Friday.

Merhauti Xepera, Maricopa: The junior posted a double-double in Thursday’s 53-44 loss to Shadow Ridge with 20 points and 15 rebounds.