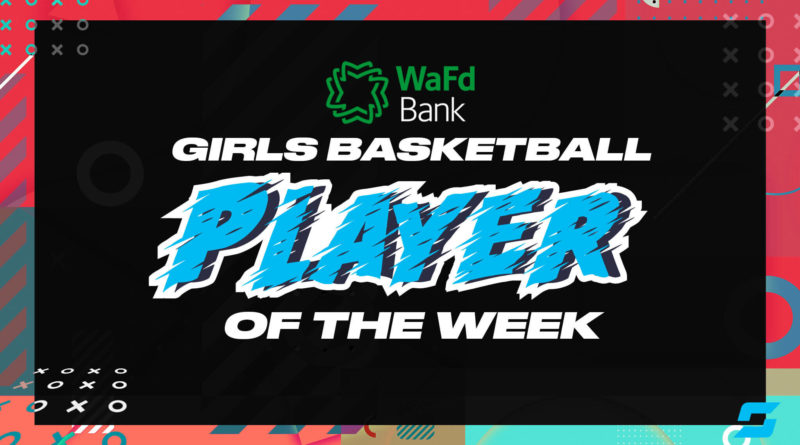 Here are the candidates for the WaFd Bank Arizona High School Girls Basketball Player of the Week for Jan. 25-31 as nominated by fans, readers and SBLive’s staff. Read through the nominees and cast your vote at the bottom of the page. Voting will conclude on Sunday at 11:59 p.m and the winner will be announced Monday. If you would like to make a nomination in a future week, please email regan@scorebooklive.com or tag us on Twitter or Instagram at @sbliveaz.

Adriana Bachman, Poston Butte: The sophomore went off for 29 points, eight steals, seven rebounds and two assists Tuesday in a 66-39 victory against Cortez.

Alyssa Brown, Sahuaro: In Sahuaro’s first game of the season, the senior dropped 33 points and had nine rebounds, four assists and two steals Tuesday in a 74-50 win over Pueblo.

Victoria Cazares, Pueblo: As just a sophomore, Cazares is making a name for herself. In Pueblo’s second game of the season Thursday, she had 29 points and 10 steals to help propel the Warriors to a 66-23 win over Desert View.

Eanae Dagons, Desert Vista: Dagons is standing out on the young Thunder roster as an up-and-comer. The freshman led the team in scoring with 20 points while racking up five assists, four rebounds and a steal in Tuesday’s 52-33 win over Queen Creek.

Hollie Dalton, Prescott: With 26 points, 16 rebounds, six steals and five assists, the senior was the driving force in Prescott’s 57-28 victory against Cactus on Thursday.

Nicole Evenson, Gilbert: The junior led Gilbert in scoring with 25 points and added seven rebounds, six assists and four steals in Tuesday’s 63-61 win over Higley. She also had 10 deflections.

Avery Graber, Paradise Valley: With 27 points and 11 rebounds, the sophomore was instrumental in Paradise Valley’s 58-49 victory against McClintock on Tuesday.

A’nya Harper, Buckeye: The senior had 30 points and 28 rebounds Tuesday to secure a double-double, along with eight steals, five blocks and three assists in Buckeye’s 85-80 victory over Paradise Honors.

Kamariah Hawkins, Yuma: The junior led the team in scoring with 22 points and added 17 rebounds, five assists and five steals in Yuma’s 56-49 loss to Estrella Foothills on Tuesday.

Daeja Johnson, Casteel: Leading Casteel in scoring once again, the senior locked down 24 points and seven rebounds in the Colts’ 62-42 victory over Williams Field on Friday.

Sarah Miller, Xavier College Prep: The freshman made a name for herself with her performance against Chandler on Thursday, posting 26 points, eight rebounds, four steals and three assists in a 90-27 victory.

Haley Montano, Desert Edge: The senior had a game-high 20 points Friday and added six rebounds and five steals in a 65-13 blowout of Cactus.

Haylee Weathersby, Apollo: The senior helped the Hawks soar to a 56-51 victory over Sunrise Mountain on Friday with 26 points.