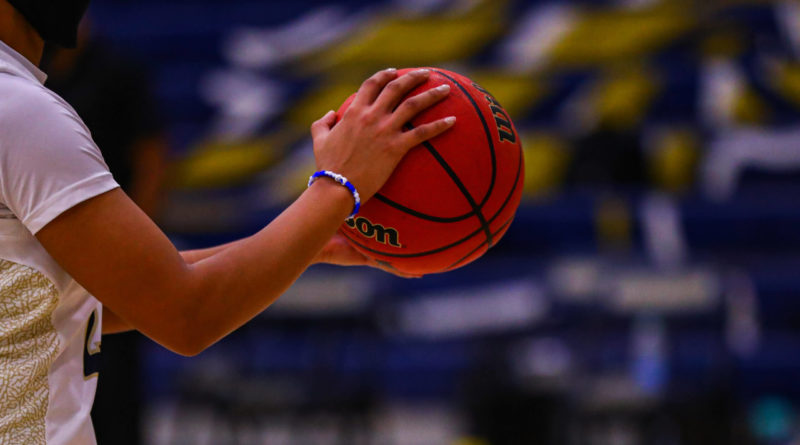 The 2020-21 Arizona high school basketball season is finally underway. Here are some players and teams to watch in 1A girls basketball.

The West Region offensive player of the year averaged 11.9 points, 7.8 rebounds and 5.1 steals per game last season to help the Eagles reach the playoffs for a fourth consecutive year.

Begay, a first-team all-conference wing, had 14 points in last year’s state championship game to help the Cougars win their first title in their fourth trip to the final. Rock Point is among the Navajo Reservation schools not playing winter sports this season because of the pandemic.

The first-team all-region post dominated inside for the Eagles last season, averaging 10.7 points, seven rebounds, 3.4 steals and 2.5 blocks per game.

The first-team all-region post last season led the state in rebounds with 498 (18.4 per game), the fifth-most in a season in state history. She also averaged 9.1 points and three blocks in leading the Wildcats to their first appearance in the state playoffs.

The Miners pin their hopes of reaching the postseason for the first time since 2014 on their first-team all-region selection, a 5-10 post who shot 55 percent from the field and averaged 14.1 points and 7.9 rebounds per game as a sophomore.

The second-team all-conference selection averaged 7.3 points and 8.2 rebounds per game last winter to help the Apaches reach the state semifinals for the first time since 2017.

Last season’s North Region player of the year and 1A offensive player of the year saved her best for last, averaging 17.7 points in three state tournament games and scoring a game-high 23 points in the championship game as the point guard led the Cougars to their first title. Rock Point is among the Navajo Reservation schools not playing winter sports this season because of the pandemic.

The first-team all-region selection averaged 15.7 points, 5.6 rebounds, 4.2 steals and 2.8 assists per game last season to help lead the Phantoms to the state semifinals. Grand Canyon has opted out of the 2020-21 season because of the pandemic.

Mortensen, a first-team all-conference selection and the Central Region defensive player of the year as a junior, helped the Vikings advance to the quarterfinals, averaging 15.7 points and 3.2 steals per game while shooting 62 percent from the field and 41 percent from three-point range.

It was quite a debut season for the second-team all-region guard, who averaged 8.8 points (most among returning Warriors), 3.9 rebounds and 2.1 assists per game for last year’s state runner-up. Baboquivari is among the Navajo Reservation schools not playing winter sports because of the pandemic.

The 6-1 center shot 60 percent from the field and averaged 16.2 points, seven rebounds and 2.8 steals per game last season in earning second-team all-conference honors.

Last season’s conference defensive player of the year also showed off her offensive skills, hitting 62 three-pointers and shooting 31 percent from behind the arc. The 5-10 forward averaged 13.1 points, 5.3 rebounds, 4.8 steals and 3.8 assists per game in earning first-team all-conference honors.

Stanley, a first-team all-conference selection as a sophomore, shot 37 percent from three-point range and averaged 8.7 points, 3.1 assists and 2.9 steals per game for a state semifinalist.

The Warriors have reached the final each of the past three seasons but have not won a title. They graduated their top two scorers and four of their top five, but with senior guards Esperanza DeCora and all-region honorable mention pick Dezarae Ortega (three points, 2.2 rebounds per game last season) playing alongside Ramon, they could have made it four consecutive trips this winter had they not opted out.

It’s been a decade since the Apaches reached the state final and 15 years since they won a title, but after making the semifinals last season and with three key rotation players — Haws, Stanley and junior wing Haley Hinton (6.5 points, 5.2 rebounds) — back this season, both of those streaks could end.

The Spartans made back-to-back state final appearances in 2017-18, winning it all in 2018 when Brionna Smith and Morgan Smith (not related) were freshmen, but lost in the 2A first round last season. Both are back, along with junior guard Talia Estrada (8.7 points, 3.2 steals).

The Cougars, located on the Navajo Nation in the northeast corner of the state near the Four Corners area, won their first championship in their fourth trip to the final after misses in 2008, 2016 and 2017. Begay and John form a solid foundation upon which they would have built their title defense, bolstered by their younger siblings (sophomore Arianne Begay and junior post Tamira John) and four other returning players. Rock Point, though, is among the nation schools not playing winter sports because of the pandemic.

The Tigers entered last season’s playoffs as the No. 1 seed but lost in the quarterfinals to Grand Canyon. They last won a title in 1992 and have reached one final since (in 2014), but with second-team all-region forward Kayla Judd (6.4 points, 6.5 rebounds) and junior guard Hannah Allred (8.8 points, 3.8 steals) among nine returners, they’ll be in the hunt again.

The Cardinals are Rock Point’s main rival in the North Region, and with region defensive player of the year Gabrielle Simpson and a couple of first-team all-region guards in Star Anderson and Aurianna Quintana back this season, they should count themselves among the favorites with Rock Point and Baboquivari having opted out.