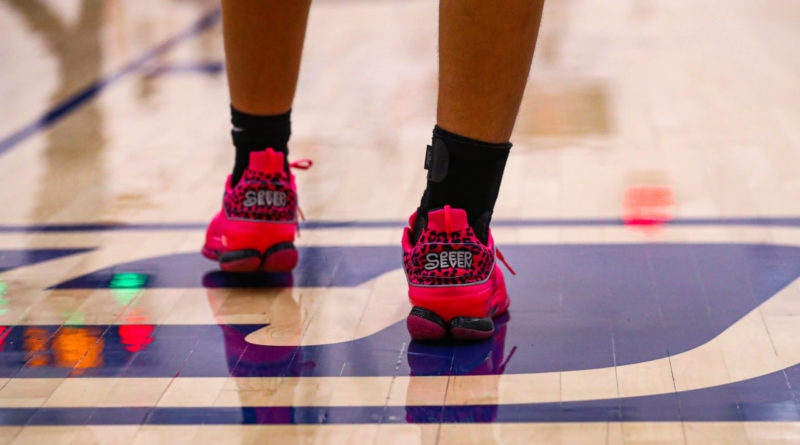 The 2020-21 Arizona high school basketball season is finally underway. Here are some players and teams to watch in 1A boys basketball.

The first-team all-region guard averaged 21 points — most in the conference among returning seniors — and 3.1 steals per game last season.

Begay is a first-team all-region selection who averaged 14 points per game in leading the Cougars to the state semifinals last winter. Rock Point, though, is among the Navajo Nation schools to cancel their seasons because of the pandemic.

A second-team all-conference selection for a state semifinalist, Benson filled out stat sheets — 9.7 points, 6.8 rebounds, 2.2 steals, 2.2 assists and 2.3 blocks per game — while hitting 52 percent of his field goal attempts last season. Baboquivari is among the Navajo Nation schools to cancel their seasons because of the pandemic.

The 6-0 point guard was named South Region player of the year and conference offensive player of the year as a freshman after shooting 41 percent from three-point range (49 percent overall). He made 105 three-pointers while averaging 21.4 points, 7.2 assists, 4.9 rebounds and 4.2 steals per game. Baboquivari is among the Navajo Nation schools to cancel their seasons because of the pandemic.

Foster earned Valley Region player of the year honors as a junior, averaging 12.3 points, 3.6 assists and 3.4 rebounds per game. He made 41 percent of his three-point attempts.

The first-team all-region selection helped the Wildkats qualify for the state tournament for a third consecutive season.

The Mustangs narrowly missed a state berth last season despite the play of Owens, a 6-1 point guard who was second-team all-conference and the Central Region offensive player of the year. He averaged 20.6 points, 4.5 rebounds and 2.5 assists per game while shooting 61 percent from the field and 55 percent from three-point range.

The 6-2 point guard was the 1A defensive player of the year last season, when he led the Lions to a West Region title and runner-up finish at the state tournament. He averaged 13.7 points, five rebounds, 6.3 assists and 3.2 steals per game.

The first-team all-region selection nearly averaged a double-double (20.9 points, 9.9 rebounds) to go with 5.7 assists while shooting 53 percent from the field and 42 percent from three-point range last season.

The Benson brothers are back along with sophomore guard Seth Castro (7.8 points, 3.6 rebounds per game last season) and senior Lucas Jose (6.1 points), all of whom would have helped the Warriors in their quest for a first state title. Baboquivari, however, is among the Navajo Nation schools to cancel their seasons because of the pandemic.

French and second-team all-region forward Tommy Hille are back to challenge defending champion Fort Thomas for both the East Region and state titles.

The Apaches graduated four all-conference players, including 1A player of the year Malachi Rogers, and their top seven scorers from a team that won its 12th state title last year. Junior guard Cameron Anderson (two points, 0.9 rebound) is their only significant rotation player back.

The Hawks, who won state titles in 2018 and 2019 and reached the final in 2017, fell in the play-in round last season. They lost South Region defensive player of the year Josiah Prior to graduation but return second-team all-region forward Vince Edwards (11.4 points, 8.9 rebounds, 57 percent shooting) among several key rotation players.