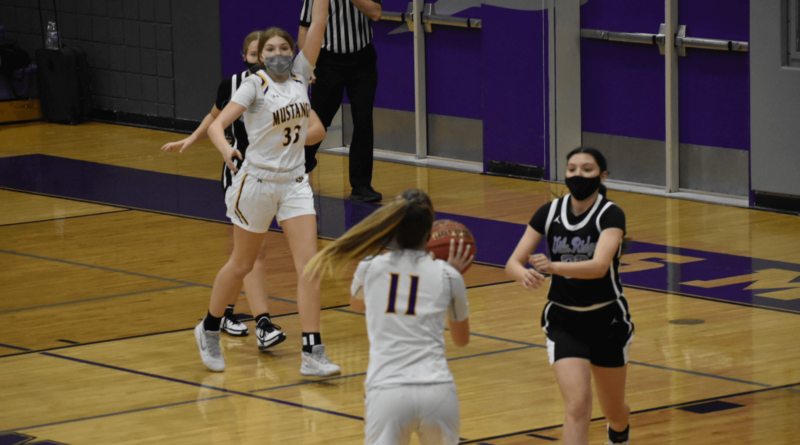 Below is a list of top girls basketball performances for the week of Jan. 25-31. If you know of a player we should add to this list or include in a future week, email brittanyabowyer@gmail.com.

The sophomore went off for 29 points, eight steals, seven rebounds and two assists Tuesday in a 66-39 victory against Cortez.

The senior had 21 points in Tuesday’s 78-25 victory over Saguaro.

In Sahuaro’s first game of the season, the senior dropped 33 points and had nine rebounds, four assists and two steals Tuesday in a 74-50 win over Pueblo.

As just a sophomore, Cazares is making a name for herself. In Pueblo’s second game of the season Thursday, she had 29 points and 10 steals to help propel the Warriors to a 66-23 win over Desert View.

Dagons is standing out on the young Thunder roster as an up-and-comer. The freshman led the team in scoring with 20 points while racking up five assists, four rebounds and a steal in Tuesday’s 52-33 win over Queen Creek.

With 26 points, 16 rebounds, six steals and five assists, the senior was the driving force in Prescott’s 57-28 victory against Cactus on Thursday.

The senior guard put up 25 points, four rebounds and two steals in just 21 minutes in Combs’ 67-15 win over Coronado on Tuesday.

The junior led Gilbert in scoring with 25 points and added seven rebounds, six assists and four steals in Tuesday’s 63-61 win over Higley. She also had 10 deflections.

Fitzgerald, a senior, racked up 28 points, six assists, five rebounds and three steals in the Wildcats’ 79-42 win over Saguaro on Friday.

With 27 points and 11 rebounds, the sophomore was instrumental in Paradise Valley’s 58-49 victory against McClintock on Tuesday.

The senior had 30 points and 28 rebounds Tuesday to secure a double-double, along with eight steals, five blocks and three assists in Buckeye’s 85-80 victory over Paradise Honors.

The senior’s double-double of 23 points and 18 rebounds helped lift Estrella Foothills to a 65-46 win over Youngker on Friday.

The junior led the team in scoring with 22 points and added 17 rebounds, five assists and five steals in Yuma’s 56-49 loss to Estrella Foothills on Tuesday.

Leading Casteel in scoring once again, the senior locked down 24 points and seven rebounds in the Colts’ 62-42 victory over Williams Field on Friday.

The junior had 18 points, six rebounds, five steals and four assists in Tuesday’s 87-10 win against San Luis. Two nights later, she put up 26 points, six assists and four steals in a 78-7 victory over Kofa.

The freshman made a name for herself with her performance against Chandler on Thursday, posting 26 points, eight rebounds, four steals and three assists in a 90-27 victory.

The senior had a game-high 20 points Friday and added six rebounds and five steals in a 65-13 blowout of Cactus.

Namanny, a senior, posted a double-double with 14 points, 10 rebounds, three assists and two steals in Friday’s 74-33 win against Sabino.

The sophomore had 30 points, including eight three-pointers, in Thursday’s 70-26 victory over Gila Ridge.

The senior helped the Hawks soar to a 56-51 victory over Sunrise Mountain on Friday with 26 points.