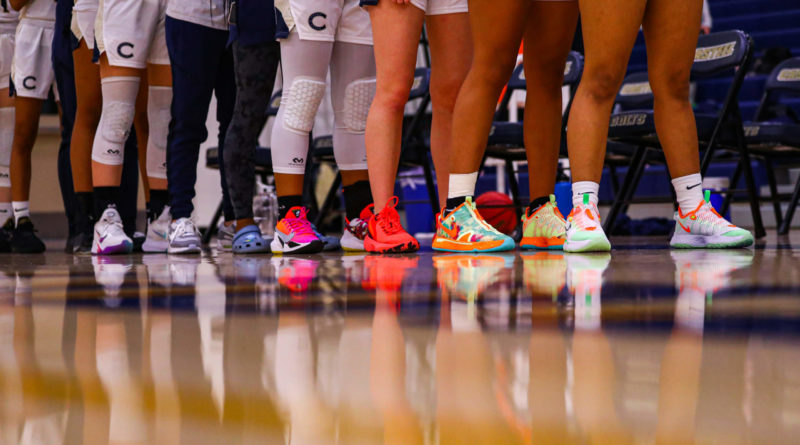 The 2020-21 Arizona high school basketball season is finally underway. Here are some players and teams to watch in 3A girls basketball.

The first-team all-conference selection led the Roadrunners to the state quarterfinals last season, averaging 16.1 points and 5.5 rebounds per game while shooting 51 percent from the field.

The Wildcats reached last year’s quarterfinals behind their second-team all-conference post, who averaged 13.5 points, 7.4 rebounds and two steals per game. Chinle will not participate in 3A this season because of the pandemic.

Begay followed a freshman season in which she was East Region offensive player of the year and second-team all-conference by making the all-region second team, averaging 11.9 points and 5.1 rebounds per game.

The Sand Devils’ system doesn’t lend itself to big numbers, so don’t let the second-team all-conference selection’s statistics (9.5 points, 5.8 rebounds, 48 percent shooting) fool you regarding her importance to the program.

The 5-10 honorable mention all-conference selection will be counted upon to pick up much of the slack after the loss of three top players to AZ Compass Prep. Healy averaged 8.8 points, 4.2 rebounds and 2.9 steals per game last season.

Papa, a first-team all-region selection as a sophomore, averaged 10.4 points, 5.9 rebounds and 2.5 steals per game to help lead the Lobos to the quarterfinals.

The 3A co-defensive player of the year does not put up big numbers (4.4 points, 3.8 rebounds, 3.5 steals, 1.6 assists) but played a big role in the Warriors reaching last season’s quarterfinals. Tuba City will play in the NE Arizona conference this season because of the pandemic.

Being an undersized post at 5-10 didn’t prove an issue for Wakefield, a first-team all-conference selection who led the state champion Eagles in scoring (11.8 points) and rebounds (7.7).

Wall, a second-team all-conference pick as a sophomore at Tanque Verde, shot 47 percent from the field while averaging 14.6 points, 6.7 rebounds and 2.3 assists per game. Despite transferring, she’s immediately eligible because her former school was unable to field a team.

The Eagles reached the state semifinals in their first tournament appearance in the program’s three-year history thanks in large part to the play of their point guard. Whiterock was named 3A Metro East offensive player of the year after averaging 24.1 points per game as a sophomore.

With Ashley and sophomore wing Shaundiin Yazzie (2.4 points, 2.6 rebounds per game last season) leading the way, the Wildcats were hoping to make their first appearance in the state final since the inaugural tournament was played in 1974 before the pandemic halted their season.

The Sand Devils have made four consecutive final appearances, earning titles in 2018 and 2019, and reached the championship game in 11 of the past 15 years, and they have the talent to make another deep playoff run. Five of their top six scorers in their balanced attack — no player averaged more than 9.6 points per game last season — return for another title run.

The Sabercats won their first championship in 30 years last February, but since then they have seen coach Jamaal Rhodes and three top players — seniors Kiya Dorroh (Missouri) and Kamryn Doty (Elon) and Rhodes’ daughter, Kam’Ren — head to AZ Compass Prep. New coach James Jackson has Healy and senior wing Lauryn Manion (7.3 points, 3.4 rebounds, 2.3 steals) to build around for a title defense. The arrival of Wall added a further boost.

The Eagles, moving up from 2A, return their top three scorers and six of their top seven from a team that won the school’s first state title since 2016 and ninth overall. Wakefield, sophomore guard Ashlyn Thompson (8.8 points, 2.4 steals) and senior guard Mia Carter (8.4 points, 4.1 rebounds, 3.3 steals, 3.3 assists) will lead the way.

The Bulldogs return four of their top five scorers, led by Begay and senior guard Oniah Barton-Paddock (11.3 points, 5.4 rebounds) as they seek a return to former glory — the program has won nine titles and made 18 final appearances, but none since 2013.