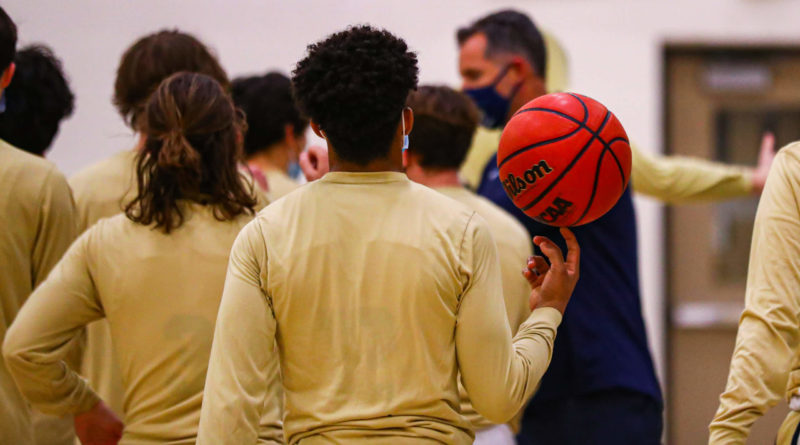 The 2020-21 Arizona high school basketball season is finally underway. Here are some players and teams to watch in 5A boys basketball.

Black, a 6-4 point guard who signed with Northern Colorado, scored 18 points in the Eagles’ state championship game victory over Millennium, capping a junior season in which he averaged 12.8 points, four assists, 3.7 rebounds and 2.1 steals per game while shooting 42 percent from three-point range.

The 6-6 Carey has started since getting called up to the varsity squad midway through his freshman year. He recently received an offer from Northern Arizona. He averaged 17.1 points and 6.9 rebounds per game last season.

Demalek is an athletic 6-7 wing who averaged 12 points, 7.6 rebounds and 4.2 assists per game while shooting 53 percent from the field last season, earning first-team all-Northeast Valley and region defensive player of the year honors.

The 6-8 post is the younger brother of KJ Hymes, a redshirt sophomore at Nevada. Isaac spent his freshman year at Hillcrest Prep before transferring to Millennium and should have an immediate impact for the Tigers, last season’s state runners-up.

The son of Coyotes coach Randy Lavender missed the last nine games of his sophomore season because of injury. He led the team at 15.4 points per game and received all-region honorable mention.

The Southern Region offensive player of the year averaged 19.8 points (most among 5A juniors returning this winter) while shooting 52 percent from the field last season. The 6-2 guard also averaged four rebounds and 2.8 steals per game.

The son of three-time NBA All-Star Dan Majerle came back after an injury wiped out most of his sophomore season to average a team-high 13.9 points, 5.2 rebounds, three assists and 1.7 steals per game and earn second-team all-region recognition.

As a junior, the 6-10 post was named Kino Region defensive player of the year and to the all-conference first team after helping lead the Falcons to their third state semifinals appearance in the past four seasons.

Shaw finished last season in a walking boot, missing the Titans’ final five games. The 6-5 power forward shot 54 percent from the field and averaged 13.7 points per game to go with 5.1 rebounds and 1.9 assists.

With DaRon Holmes and Justus Jackson gone, the 6-4 wing will step into a much bigger role this season. He earned second-team all-region honors as a sophomore despite playing around 10 minutes per game and averaging 2.9 points.

Wesley is a physical 6-4, 208-pound player who last season averaged 15.9 points and 10 rebounds per game while shooting 48 percent in earning first-team all-region honors.

An honorable mention all-region selection, the 6-3 guard looks ready to break through as a senior after the Eagles graduated the team’s top two scorers. He averaged 12.7 points, 3.1 rebounds and 2.6 steals per game last season.

Majerle, Shaw and 6-2 senior guard Kieran Carr (10 points, 4.8 rebounds per game last season; 41 percent three-point shooting) should make the Titans immediate contenders in 5A. They lost to St. Mary’s in the 4A quarterfinals last season.

The Falcons, who are moving up from 4A, have reached the quarterfinals each of the past six seasons but have never advanced to a state final. With Menaugh among four all-region players returning, this could be the year they finally break through.

Wesley joins senior Darius Ward (8.1 points) and junior Pascal Volz (8.2 points, 2.9 assists) in a three-guard lineup that hopes to lead the Chargers to their first final since winning the 2010 title.

The Trojans are a third contender out of the Northeast Valley, with Demalek and senior forward Nic Giliberto (8.8 points, 2.5 rebounds) leading the way.

Not since Mountain View (Mesa) turned the trick in 1997-98 has the same school won the 5A football and boys basketball state titles. The Mustangs hope to do the same led by Carey, senior forward JaiSheldon Yates (8.6 points, 5.5 rebounds) and junior guard Rafe Canale (six points, 46 percent from three-point range).