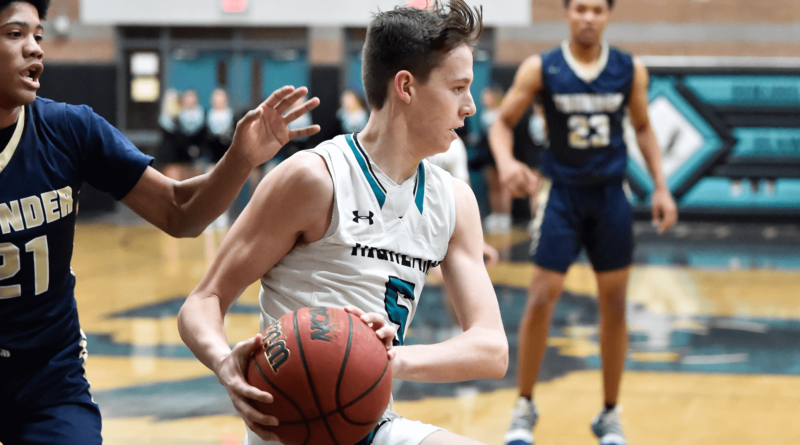 Over the next few weeks, SBLive Arizona will break down every 6A boys and girls basketball team in the state entering the 2020-21 season. Here’s our look at the Highland Hawks boys of the 6A Central.

Playoffs: Lost 70-59 to Pinnacle in first round

Riggs had a breakthrough season for the Hawks as a sophomore, becoming a crucial part of the team’s offense. He was Highland’s leading scorer, shooting 46 percent from three-point range and averaging 12.4 points per game. While many eyes are on him because of his explosive offensive play, he’s hoping his improved defense catches some eyes this season, too.

Fazio expects Knollmiller to have a dynamic junior season. Knollmiller has been hitting the weight room hard and has put on 15 pounds since last season, adding to his already athletic and strong frame. He was among the team’s top players last season, averaging 7.3 points and five rebounds per game.

The senior point guard is incredibly athletic. Besides being good with moving the ball, Fazio said Kaps also has the ability to pull up and finish around the basket. Despite playing in only 13 games last season, Kaps averaged 7.5 points and nearly three rebounds. Fazio also noted that Kaps is a strong defensive player.

Fazio described Stitcher as “the heart and soul of our team.” Standing only 6-foot-1 but playing in the post, Stitcher often finds himself guarding much bigger players, but he doesn’t seem to mind. Stitcher plays hard and is critical to the team’s success.

There’s plenty of excitement and energy surrounding the program as the Hawks look to build off last season’s success. Fazio feels his team was able to turn a corner defensively last season, with players really buckling down and becoming more committed. It translated to success on the court, and it reflected the improved culture of the program.

Highland lost two powerful defenders on the perimeter as well as two strong interior defenders. Fazio said the team likely will need some time to figure things out defensively this season. The Hawks also will have to deal with a lack of size, as none of their starters is taller than 6-foot-1.

Fazio expects depth to be his team’s biggest strength — Highland never will have to rely on just one or two players on a given night.

Two players joined the program as transfers: juniors Jace Patton (forward) and Matix Arnett (guard). They’ll be forced to sit out the first half of the season. Patton, who came from Basha, will bring size and athleticism to the roster. Arnett, from Mountain View (Mesa), is a hard worker who finds a way to put the ball in the basket.

The Hawks had one of the toughest nonregion schedules in 2018-19 and 2019-20, which Fazio believes has better prepared them for the level of region competition they’ll face this season. The 6A Central is among the strongest regions in Arizona boys basketball, with Desert Vista and Mountain Pointe reaching last year’s state championship game.

“I have been very impressed by and proud of how our players have handled all of this stuff since last March. Their attitudes have been great throughout all of the ups and downs 2020 has provided. I’m glad they get to play, especially for the seniors. We are thankful we have an opportunity to play and are excited to get going.” — Todd Fazio