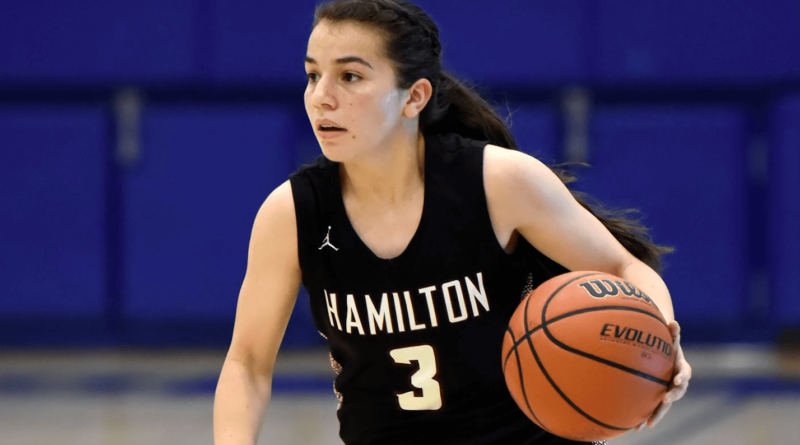 Over the next few weeks, SBLive Arizona will break down every 6A boys and girls basketball team in the state entering the 2020-21 season. Here’s our look at the Hamilton Huskies girls of the 6A Premier.

Reaves, a first-team all-conference selection last winter, followed in Davis’ footsteps by signing with Hampton University. The three-year starter at point guard stuffs the stat sheet while deftly running the Huskies’ up-tempo attack, averaging 9.6 points, 5.9 rebounds, 3.8 assists and 3.3 steals as a junior. She is considered one of the top defenders in the state. “She does everything — score, rebound, steals,” Neider said. “She’s an amazing all-around player and a winner.”

A streaky spot-up shooter, the Arizona Christian signee complements Reaves perfectly in the Huskies backcourt. The second-team all-conference selection made 39 percent of her shots from three-point range last season, led the team in scoring at 10.9 points per game, had 49 steals and drew a team-high 20 charges.

Burnette, who will join Roybal at Arizona Christian, split time between the wing and post last season, averaging 3.1 points and 2.2 rebounds per game coming off the bench. “She’s a very good shooter who does a little bit of everything very well,” Neider said.

Washington was another valuable role player off the bench for the Huskies last season, averaging 5.2 points per game. “She is an excellent defender and slasher,” Neider said.

Farrington was a role player the previous three seasons, providing a needed inside presence. She averaged 2.7 points and 3.3 rebounds as a junior and is averaging 4.4 points and 4.5 rebounds for her career. “She’s great on the boards and can score down low,” Neider said.

“We had a great season but didn’t play our best in the final,” Neider said of last season, when the Huskies recorded 20 wins for the 11th consecutive season.

Even with Davis now playing at Hampton, King at Embry Riddle and Curry (7.6 points per game last season) having transferred to AZ Compass, there’s plenty in the cupboard for the team to make another deep playoff run.

Hamilton has averaged 13, 15.7 and 13.5 steals per game the past three seasons. With Reaves and Roybal heading the full-court press and the addition of sophomore transfer guard Sia Jonet Burley, who averaged 2.7 steals per game at Poston Butte, that number could climb even higher this winter.

“We emphasize taking care of the ball. We need to stay healthy, execute and push ourselves daily. A little good luck never hurt, either.” — Trevor Neider