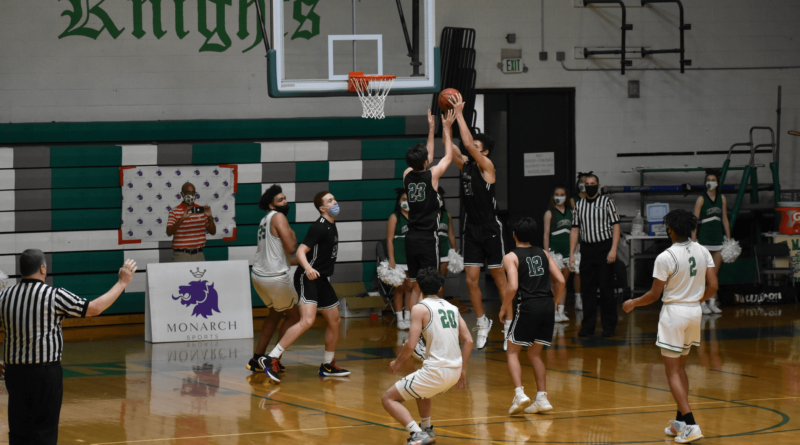 Over the next few weeks, SBLive Arizona will break down every 6A boys and girls basketball team in the state entering the 2020-21 season. Here’s our look at the Sunnyslope Vikings boys of the 6A Southwest.

Playoffs: Beat Sunrise Mountain 54-52 in first round; beat Gilbert 44-42 in quarterfinals; lost 60-50 to Ironwood in semifinals

Fort has been working on mixing up the pace and changing speeds, a valuable asset for a guard to possess. He also has worked on becoming a more consistent shooter from the outside and has started to receive some college offers.

With Lewis’ size, he creates a very strong post presence. His skilled footwork and ability to shoot with either hand help him drive to the basket and score. He’s also receiving attention from colleges.

Portela referred to Saunders as an “up-and-comer.” Saunders can play in the post or on the perimeter and can knock down shots from anywhere on the court. This could be his breakthrough season.

Sunnyslope lost nine seniors from last season’s team, and Carson Basham — a 6-foot-10 post player who has signed with Pepperdine — transferred to AZ Compass Prep for his senior year.

Still, the Vikings are expected to be a force in their move up to 6A. Portela said the Class of 2020 did a phenomenal job of preparing the younger players for what’s to come. The coach also pointed out that several players had exceptional 2019-20 seasons on the JV squad and are ready to take it to the next level.

Shadow Ridge and Valley Vista will be tough opponents in the Southwest. Playing in the state’s top conference, Portela said there will be no room for an “off night.”

With players who can score in multiple ways and some size on their side, the Vikings should be able to compete with every opponent on their schedule.

“It’s going to be a crazy season with the pandemic occurring and uncertainty all around us. You can see it at the collegiate and professional levels, how this is changing our everyday lives. I am glad the kids are getting a season to play, but it will be interesting when all is said and done how it all pans out. I am just hoping for a healthy season and a return to normalcy sometime soon.” — Ray Portela