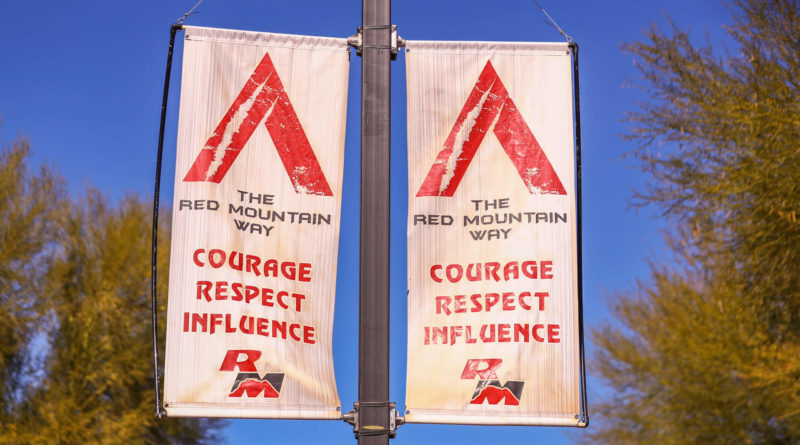 Over the next few weeks, SBLive Arizona will break down every 6A boys and girls basketball team in the state entering the 2020-21 season. Here’s our look at the Red Mountain Mountain Lions boys of the 6A East Valley.

Svoboda might be better known on the gridiron, where the Mountain Lions quarterback threw for 1,157 yards and 11 touchdowns in the fall while drawing interest from several FCS schools. He’ll move from being under center to being the center on the hardcourt this winter.

Oltmans is one of the few players with varsity experience coming back this season. Lemon will count on him to bring leadership and shooting ability to the court.

Kurtz moves up from the JV team and adds some length and shooting ability to the roster.

Moore will play stretch power forward for the Mountain Lions, giving them another outside shooting threat.

Working will take over the point guard role for Red Mountain this winter.

The Mountain Lions grabbed the final 6A play-in spot last winter, extending their streak of postseason appearances to 10. The loss of their top two players doesn’t faze Lemon as Red Mountain seeks its first region title since 2017.

“This team is unique because we don’t have a star,” Lemon said. “We have a good nucleus of players and can rely on a committee approach, not just a certain player every night. That can cause problems for other teams in terms of taking things away from us.”

Besides his senior core, Lemon hopes for contributions from two sophomores — 6-5 wing Ja’kobi Lane and 6-3 guard Braeden Moore — as the Mountain Lions look to improve upon their 50.2 points per game average.

“I’m excited about this group, and we want to make sure we play hard, defend and rebound. We have had a full preseason camp with all our players. In past years, we have had to plug in and wait for cross-sport athletes to finish their seasons. With the season being pushed back, it gets us extra reps, and we can build this year’s team at the same time from the bottom up.” — Chris Lemon