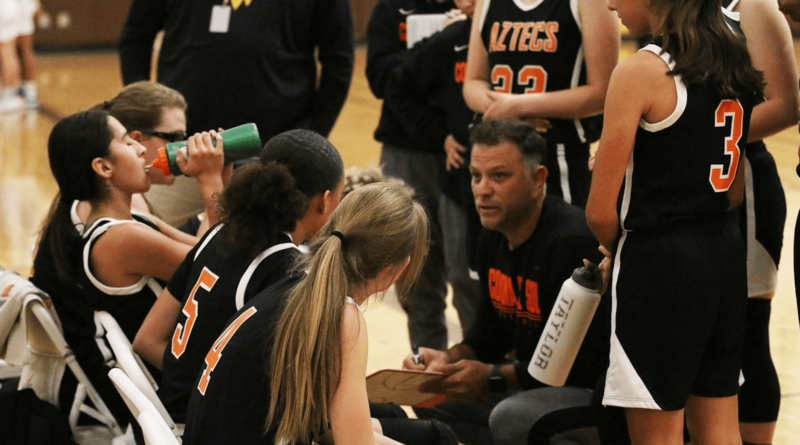 Over the next few weeks, SBLive Arizona will break down every 6A boys and girls basketball team in the state entering the 2020-21 season. Here’s our look at the Corona del Sol Aztecs girls of the 6A Central.

Kirchhardt transferred to Corona del Sol from 4A powerhouse Seton Catholic Prep and had an immediate impact for the Aztecs, leading the team in scoring and rebounding last season. She’s also a leader in the classroom with a 3.6 GPA.

McDonald brings some size to the Aztecs’ roster and provides a strong post presence on the court. Salazer said she has a great outside touch and will be counted upon to create some mismatches in the post with her outside shooting ability. McDonald is an all-star in the classroom, hitting the books hard to earn and maintain her 4.0 GPA.

A three-year varsity player and one of two seniors on the roster, Hunter will be relied upon to serve as a leader on the team. An agile player, she has the ability to finesse her way to the basket or sink shots from deep. Her talents extend beyond the hardwood, as Hunter thrives in school and is part of the Music program.

Salazar said the Aztecs will play a more up-tempo style this season and will greatly increase their transition scoring. After a rough campaign with a rather young team, Salazar said the girls are anxiously awaiting their chance to get back out there and show how much they’ve improved.

Corona del Sol had only two seniors last season, so most of this squad has varsity experience.

“From a leadership standpoint it will hurt some, but the team gained so much experience from having a young group play so many minutes together,” Salazar said.

The coach said the team has made improvements at the practices they’ve been able to hold since September despite changing the way they’ve had to go about things. He knows this will be beneficial in a shortened season when getting off to a fast start will be critical.

Salazar believes the Aztecs will be more competitive against the region’s top teams this season. They had some close games last season, and the hope is that they’ll have made enough improvements to not only win the close ones but to secure a spot in the playoffs.

“We are not the biggest team out there, so we will have to do a better job of rebounding and defending if we want to take that next step and make the playoffs.” — Pete Salazar