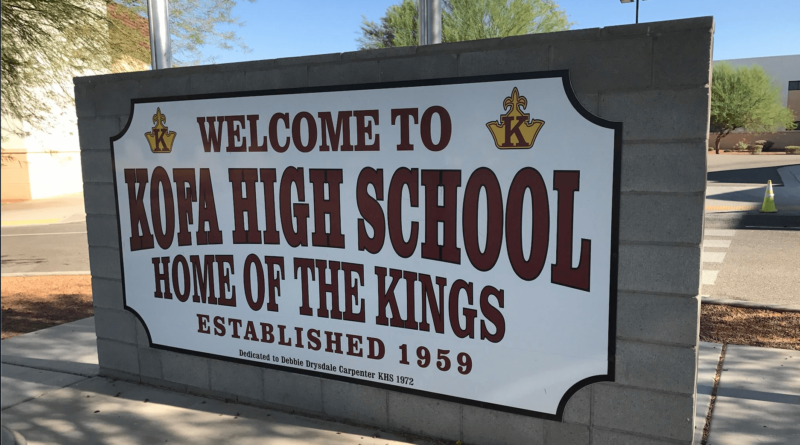 Over the next few weeks, SBLive Arizona will break down every 6A boys and girls basketball team in the state entering the 2020-21 season. Here’s our look at the Kofa Kings boys of the 6A Desert Southwest.

Carbajal is a returning starter and third-year varsity player for the Kings. He received honorable mention all-Desert Southwest as a sophomore. “He’s a combo guard who can facilitate and create shots for himself and teammates,” Frazine said.

“He’s undersized but has the ability to quarterback the offense, control tempo and shoot from the perimeter,” Frazine said of Zapien.

“He’s a very efficient three-point shooter and excellent defender. He has improved tremendously since his freshman season,” Frazine said of Jimenez.

The Kings are coming off a 7-11 campaign and will need to find replacements for all but one of last season’s starters. Kofa lost region player of the year Stone Braveheart along with all-Desert Southwest first-team honoree Jacob Ramirez and second-teamers Isaiah Brown and Luis Rodriguez.

The program’s young players will have a chance to test themselves this season in a region that became tougher with the addition of Maricopa, Rincon/University and Tucson.

“We have a collection of talented guards who are skilled shooters,” Frazine said. “Our speed is one of our strong points this year, so we want to take advantage of that defensively.

“Our biggest weakness/obstacle this year is that we are so young. Most of our players have little or no varsity experience and are not yet battle tested.”

“We have a tough schedule that will force us to play at a high level and continue to improve on a cumulative plane throughout the season. This year’s focus is on learning and growing throughout the process.” — Jeff Frazine