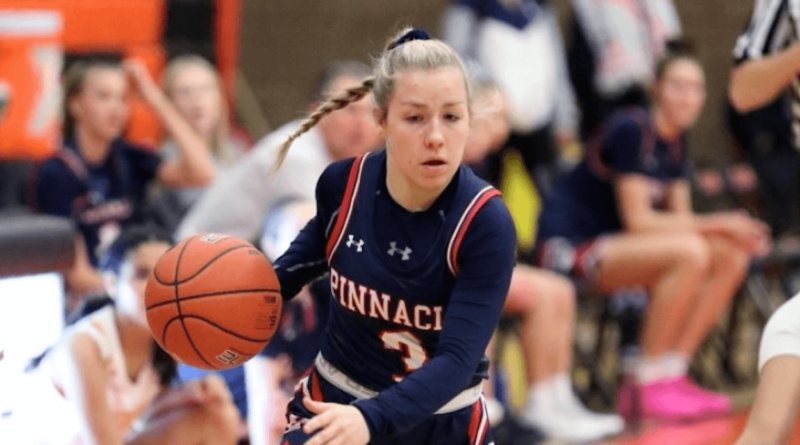 Over the next few weeks, SBLive Arizona will break down every 6A boys and girls basketball team in the state entering the 2020-21 season. Here’s our look at the Pinnacle Pioneers girls of the 6A Desert Valley.

Strachan backed up Stedman and Moore (6.2 points, 2.8 assists) at point guard last winter, but with both of them off to prep schools, the job is hers to seize this season. She averaged 2.4 points, 1.9 rebounds and one assist in limited minutes as a junior. “Chloe is an aggressive defender,” Farnsworth said.

Duggan was a swing player last season and played in 19 varsity games. “We happen to see her stepping up inside the paint as well as being an asset on the defensive end,” Farnsworth said. “She also has a nice shot from the outside.”

Murphy is one of two freshmen Farnsworth will rely upon to help fill some of the gaps left by players graduating or transferring. She’s slotted to play shooting guard, spelling (or playing alongside at times) Figueroa.

The other freshman Farnsworth is counting upon to have a big season, Singstock is No. 6 on Prep Girls Hoops Arizona’s list of Class of 2024 prospects. “(They) will be critical to our team’s success,” Farnsworth said. “It will be asking a lot of freshmen. However, I think they are up for the challenge.”

Farnsworth led Shadow Mountain to the 4A state semifinals last season, a year after winning the state championship, and had six winning seasons in nine years with the Matadors before taking over for Rick Bunger last spring. Bunger resigned after six seasons, going 100-72 with back-to-back region titles.

When she joined the program, the Pioneers had the look of a state championship favorite until, one by one, three of their top returners went the prep school route.

“Seeing the three kids go was not what I wanted to see, but what can you do?” Farnsworth said. “We look forward to the new roles for some and for others to step up.”

Farnsworth remains confident that the Pioneers still have the pieces to go for a region three-peat and contend for a high playoff seed. In Figueroa and Strachan, they have a veteran backcourt to build around, and youngsters such as Duggan and 5-3 sophomore Jaedyn Haynesworth are hungry to make their mark.

“We have lost some inside presence with Basham going prep as well, but we are confident that the players who are with Pinnacle will step up in those roles. It will look different, but we are working hard to still be a top team.” — Erica Farnsworth