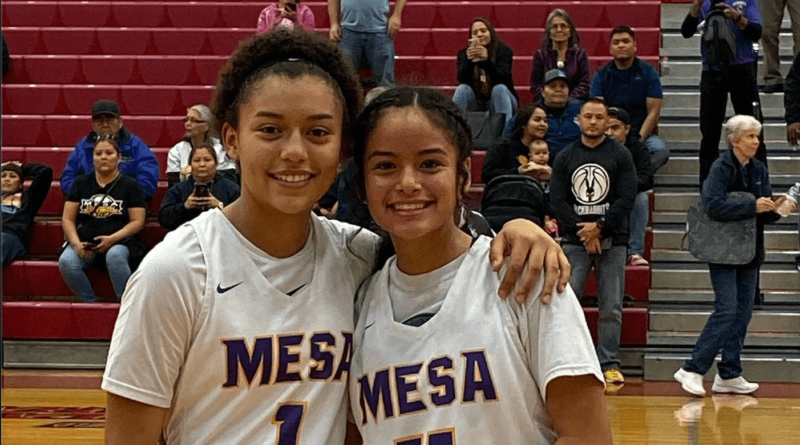 Over the next few weeks, SBLive Arizona will break down every 6A boys and girls basketball team in the state entering the 2020-21 season. Here’s our look at the Mesa Jackrabbits girls of the 6A East Valley.

The returning East Valley player of the year did a bit of everything for the Jackrabbits last season, leading the team in scoring at 17.5 points per game, shooting 29.2 percent from three-point range and adding 5.1 rebounds, 3.6 steals and 2.6 assists per contest. She ranks among the top five junior guards in the state according to Prep Girls Hoops AZ. “She can do it all on the offensive end,” Fonseca said. “She is a driver/slasher who can hit the three consistently while also getting to the rim. She has worked a lot this year on her mid-range game.”

Hunter earned first-team all-region honors as a freshman, proving to be a perfect complement to Shivers in the backcourt. She averaged 16.1 points, 4.2 rebounds, three assists and 2.7 steals per game while shooting 31 percent from three-point range. “She is very shifty with her handle and gets to the rim,” Fonseca said. “She can stroke the three and has started to blossom vocally as a leader for our team.”

Moore knew her role on the team last season and did it well, tasked every game with guarding the other team’s best player. She also led the Jackrabbits in rebounding (6.1 per game) while chipping in 3.7 points and two steals. “She is a fast defensive stopper who makes easy buckets off her defense,” Fonseca said.

Owens-Parsons was another defense-first player coming off the bench last season, averaging 2.6 points and 2.4 rebounds per game. She spent the offseason honing her offensive game in anticipation of taking on a bigger role this winter. “She’s a versatile, athletic player,” Fonseca said.

In Fonseca’s third season since arriving at Mesa from Blackburn College in Carlinville, Ill., the Jackrabbits exceeded their win total from the previous two seasons combined and earned their first playoff win since 2017.

“Our season was one of growth and development,” Fonseca said. “We peaked at the right time down the stretch and achieved what we set out for in terms of putting our program in a position to compete for a state title.”

That upward trajectory should continue this winter as the backcourt duo of Shivers and Hunter has had a season to develop chemistry. The Jackrabbits added a couple of posts in junior Camille Turcotte, who played in two varsity games last season, and freshman Anaya Packer — Fonseca hopes they will provide an inside presence to balance her star guard tandem.

“Winning the region is a realistic goal as well as making it back to the state tournament. I, along with my team, think that these are achievable goals. We will have to compete every game, as we have some really tough opponents in our region who are all capable of winning the region title.” — Katie Fonseca