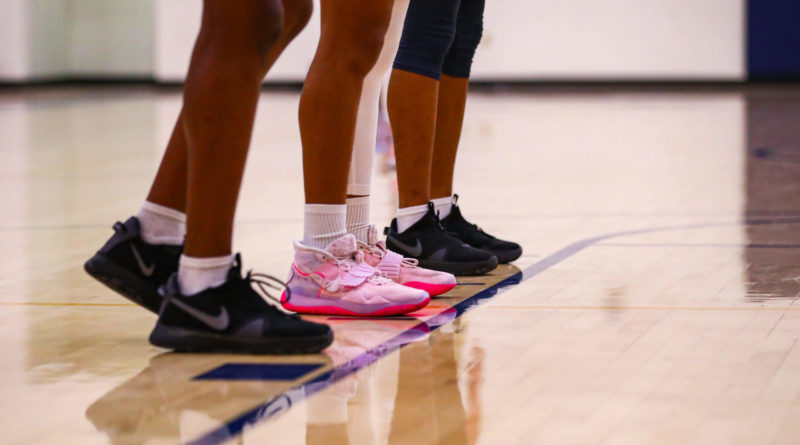 Over the next few weeks, SBLive Arizona will break down every 6A boys and girls basketball team in the state entering the 2020-21 season. Here’s our look at the Mountain Ridge Mountain Lions boys of the 6A Desert Valley.

Clayton, the only full-time starter returning for the Mountain Lions, played primarily in the post last winter, but Marcus envisions Clayton as a versatile playmaker on the perimeter in his system. “He’s a little more versatile than that,” Marcus said. “He can handle the ball a little bit, has some good speed to him. I think the opportunity to get out on the perimeter more will help him a lot.”

Hopkins started several games as a sophomore and figures to play a bigger role for the Mountain Lions this season. “He just works his butt off,” Marcus said. “He’s a good shooter.”

Schwartz was a part-time starter for the Mountain Lions last winter. Marcus calls him a “relentless worker” as he looks to hone his jump shot to complement his slashing style of play. “Audric is a tough defender,” Marcus said. “He likes contact. He does not shy away from it at all.”

The Mountain Lions went back to the future in bringing back Marcus to lead the program after Eli Lopez stepped down after nine seasons with a 105-125 record. Marcus, who has taught at Mountain Ridge for 16 years, coached the Mountain Lions for two seasons (2008-10), posting winning records both years, then had stints as an assistant at Liberty for seven years and as head coach at Verrado the past two seasons.

“When the opportunity to come back to Mountain Ridge came up, I thought it was a great fit to come back,” Marcus said.

While a Liberty assistant, he helped develop a fast-paced style, featuring pressure defense and quick-strike offense, that he believes he can implement with the Mountain Lions this season.

During offseason workouts, Marcus has had a core group of 6-7 players who have consistently taken part, but until he has everybody together to participate, he’s unsure exactly what his group is capable of doing this season. Grabbing one of the final play-in berths seems like a realistic goal for this team.

“The only goal we have right now is to compete in every single game and give our best effort, bring our core values onto the court, and be the most consistent team we can be. If we can do those things, the season will go the way it should for us.” — Craig Marcus