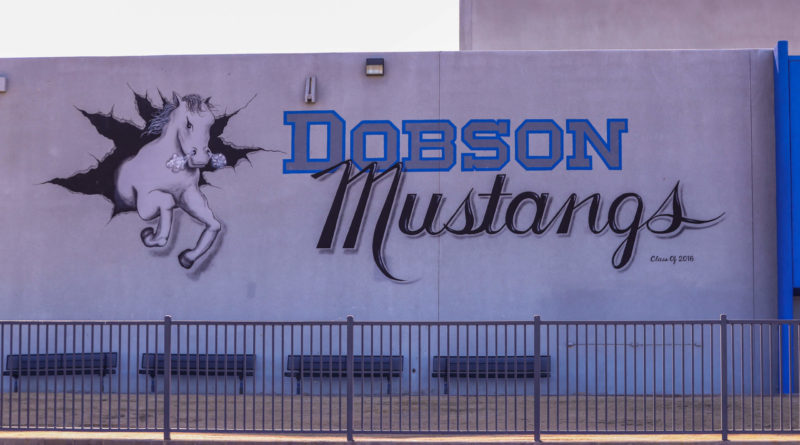 Over the next few weeks, SBLive Arizona will break down every 6A boys and girls basketball team in the state entering the 2020-21 season. Here’s our look at the Dobson Mustangs girls of the 6A East Valley.

Playoffs: Lost 54-33 to Mountain Pointe in 6A first round

Leslie returned from an ACL injury that sidelined her for her entire sophomore year to earn second-team all-conference honors last season, when she averaged 12.5 points, 3.9 rebounds, 2.5 assists and 2.7 steals per game (all team highs). Not coincidentally, the Mustangs improved from nine wins to 21 last season and a state playoff berth. Leslie suffered another ACL injury over the summer, but doctors should clear her to return to the court soon, and Bribiescas anticipates her playing in January.

Early transferred to Dobson during her sophomore year and made an immediate impact. She played point guard last season and earned first-team all-region honors, averaging 11.6 points per game on 47.9 percent shooting to go with 3.3 rebounds, 2.5 steals and 1.7 assists. “She along with Jaden were our 1-2 punch last season,” Bribiescas said. “Both were very instrumental in our successful season. Rachel is healthy and ready for a stellar senior season ahead.”

Garcia entered the program as a freshman and immediately cracked the starting lineup, becoming an effective third guard playing off Leslie and Early. She made the all-region second team after averaging 8.2 points, shooting 34 percent from three-point range, to go with three rebounds and 1.5 steals per game. She also should be ready to go in January after suffering an offseason shoulder injury.

Martin showed promise at the start of last season as she worked her way into the lineup but was sidelined after the Lady Titan Christmas Tournament. Bribiescas hopes she can provide size and an inside presence to balance the team’s backcourt trio.

Bribiescas enters his 21st season as a coach optimistic that once two-thirds of his projected starting backcourt gets cleared by doctors, his team can once again challenge for a region title and earn the program’s first win in a state tournament game since Dobson won the 2015 state title.

One key will be for the Mustangs to find an interior player who can do the lunch-bucket duties that the 6-0 Malaki (4.7 points, team-high five rebounds per game) did last season. Martin and fellow junior Siarra Beck will get first crack at filling that role.

Dobson also added a couple of talented freshmen in Ahdiayh Chee and Camisha Fuson. Bribiescas believes both players will be immediate contributors.

“Adding Jaden back to our lineup last season made us a much better team. We are anxious for the upcoming season and hope to better last season’s output.” — Henry Bribiescas