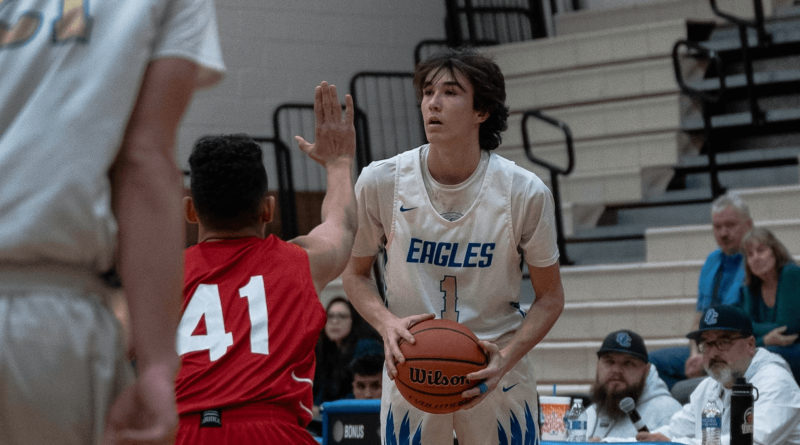 Over the next few weeks, SBLive Arizona will break down every 6A boys and girls basketball team in the state entering the 2020-21 season. Here’s our look at the Sandra Day O’Connor Eagles boys of the 6A Desert Valley.

An honorable mention all-region selection a year ago, Anderson battled through injuries to be the team’s second-leading scorer at 11 points per game to go with 4.5 rebounds and 1.5 steals. “He’s grown two inches, and his shot has really started to find its way,” Rogers said. “As long as he stays healthy, he will have a big year.”

Whereas last year, it was Anderson who struggled through an injury-plagued season, this season it’s Irowa (6.1 points, five rebounds per game as a junior) who’s starting the year on the injured list. Rogers said the second-team all-region selection’s status for the season is still up in the air, but if Irowa can play, he adds a big-time defensive presence in the paint for the Eagles.

Kearney (2.9 points, 2.8 rebounds) was primarily a role player for the Eagles last season, but Rogers expects him to play a much bigger role this year. “He will end up being our best player offensively,” Rogers said.

The Eagles fell from back-to-back 18-win seasons and a state play-in victory in 2019 to a disappointing eight-win campaign during which they felt the impact of injuries to key players and tough luck in several close games in region play.

“We didn’t close out games when we had leads late in the fourth quarter because we turned the ball over,” Rogers said. “There was a ton of youth out there, including myself, and mistakes were made. I will be better prepared for those late-game situations this season, and so will our guys.”

The bad luck appears ongoing this season with Irowa’s injury, but Rogers believes improved depth will help them find a consistent third scorer alongside Anderson and Kearney. Senior wing Spencer Millsap (3.9 points, 1.7 assists) and junior guard Jonny Lee will get first crack at having expanded roles this season.

“If there’s another kid that will step up and make big shots, we will be extremely hard to guard this season,” Rogers said.

“I think a lot of our games will be extremely close and will come down to 1-2 late possessions each game. Our goal is to be region champs this year, and the main keys to our success will be staying healthy and taking care of the ball late in games.” — Andra Rogers