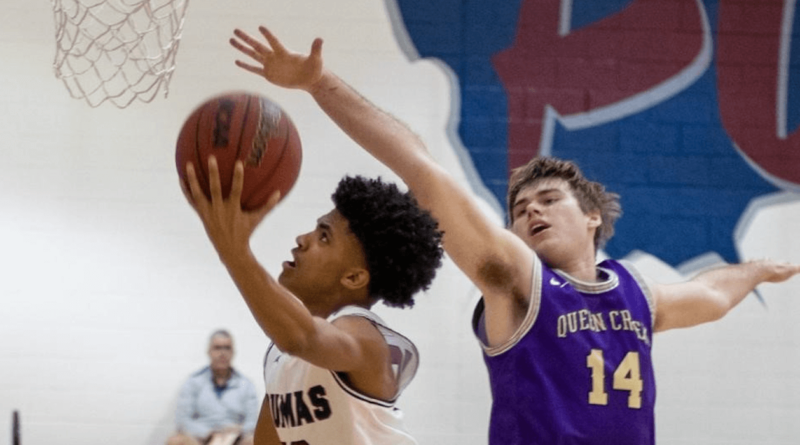 Over the next few weeks, SBLive Arizona will break down every 6A boys and girls basketball team in the state entering the 2020-21 season. Here’s our look at the Perry Pumas boys of the 6A Premier.

Anderson is one of the top junior prospects in the nation, ranking No. 45 overall and No. 7 among centers by 247Sports. The No. 2 junior in Arizona’s Class of 2022 sports offers from a host of top Division I schools, including Arizona, Arizona State, Gonzaga, Kansas, Michigan, North Carolina, California and Creighton. He averaged 11.7 points, 7.3 rebounds and 1.3 blocks per game in earning all-region honorable mention as a sophomore.

Tucker played shooting guard for the Pumas last season, when he earned all-region honorable mention while averaging 12 points, 3.6 rebounds and three assists per game. He’s moving to point guard this season, where he’ll show off his quickness and improved jump shot.

Waters transferred over the summer from Red Mountain, where he was a first-team all-East Valley selection and helped the Mountain Lions reach the 6A play-in round.

Williams made an impression last season as a freshman, averaging five points, 2.3 rebounds and 1.2 assists per game.

Despite losing Brennan, who transferred first to Eduprize and then to AZ Compass after a breakthrough junior season for which he was named region player of the year, Duane believes the Pumas have plenty of firepower returning to help keep the program on its upward trajectory.

To their returning nucleus that includes Anderson and Tucker, they add Waters from Red Mountain, 6-1 senior Jalen Harris, and a couple of junior wing players — Michael Morse (6-3) and William Thomas (6-2).

“We plan to be much more up-tempo this year, which we believe we have the personnel to do,” Duane said. “To achieve our goals, we have to rebound well as a team, defend at a high level and be able to push tempo.”

“We feel if we can stay healthy, we have a chance to be very good. We have to build our chemistry and find our identity as a team, as we have not played much together this offseason. I think it will take some time for us to find our rotation.” — Sam Duane