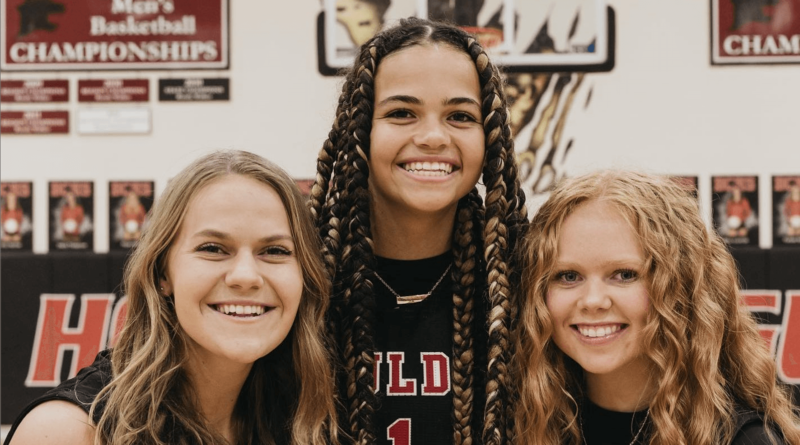 Over the next few weeks, SBLive Arizona will break down every 6A boys and girls basketball team in the state entering the 2020-21 season. Here’s our look at the Boulder Creek Jaguars girls of the 6A Desert Valley.

The point guard signed with Southern Utah after receiving all-region honorable mention last season, when she averaged 5.4 points, 4.8 rebounds, 3.2 assists and 2.6 steals per game despite missing the final six games with a broken thumb and plantar fasciitis. “She’s a dynamic two-way guard and one of the top defenders in the league,” Barofski said. “Her playmaking abilities will be the center of our offense this year.”

Toon also was an all-region honorable mention selection last season, averaging 6.5 points, 4.9 rebounds and 1.8 steals per game. Barofski sees her as a versatile defender and rim protector who also should produce plenty of second-chance opportunities for the Jaguars on the offensive glass.

Dean is considered one of the state’s top players in the Class of 2024. She can play point or shooting guard with equal effectiveness. “She is a strong two-way guard who is an aggressive scorer and tremendous outside three-point shooter,” Barofski said.

Baumgartner was one of the Jaguars’ key players off the bench last season, averaging nearly 20 minutes per game as a freshman with 4.6 points and 3.2 rebounds. Expect those numbers to go up significantly this season. “We will be looking for her to contribute much more this year,” Barofski said. “A tough, hard-nosed player who has playmaking abilities on the ball and can defend 1-5 on the court.”

Beall also received significant playing time as a role player off the bench as a freshman, averaging three points and 2.3 rebounds in nearly 12 minutes per game while swinging up from the JV, where she averaged 17 points per game. “We’re looking for her to make big moves this year,” Barofski said. “She’s athletic and quick and can score the ball well from both the perimeter and the inside. She will also play a crucial role rebounding.”

Barofski acknowledged that Muniz’s departure leaves “a tough spot to fill in this year’s offense,” but it certainly appears the Jaguars will have plenty of firepower to offset her absence and perhaps reach the quarterfinals for the first time in program history.

The coach believes the team has developed the depth necessary to play at a fast pace, applying plenty of on-ball pressure to create turnovers and produce easy baskets in transition.

“Our bench and supporting cast will need to step up and continue to develop as the season goes on,” Barofski said. “But this team is state playoff-bound.”

“We expect to compete and surprise some people despite our youth and inexperience. Of course, we must stay healthy and ride the leadership of our two returning starters, Kayla and Violet.” — Noah Barofski