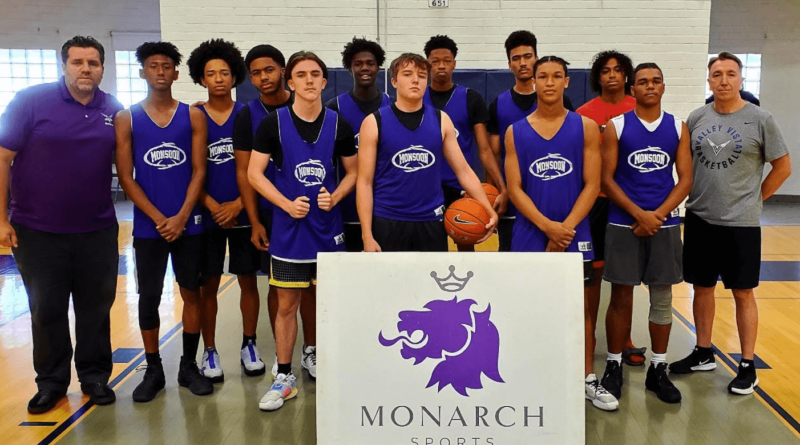 Over the next few weeks, SBLive Arizona will break down every 6A boys and girls basketball team in the state entering the 2020-21 season. Here’s our look at the Valley Vista Monsoon boys of the 6A Southwest.

Thomas uses his size to his advantage on the court and is going to be critical for the Monsoon when it comes to blocking shots and rebounding. He posted multiple double-doubles last season, and Isai said Thomas has been dedicated to becoming the best player he can be his senior year. He averaged 10.4 points and 6.6 rebounds per game as a junior.

Isai started as a freshman and averaged 10.6 points per game. With his high understanding of basketball and his ability to stay calm and collected on the court, he’s already generating Division I interest. When he’s not studying hard to maintain his 4.5 GPA, Isai has been hitting the weight room — he has put on more muscle for his sophomore year.

McKnight led the team in scoring last season at 10.8 points per game. Described by his coach as a “lightning-quick two-way player,” McKnight has been working hard to improve his jumper. As a senior, he’ll be expected to serve in a leadership role, and Coach Isai said he’s been great with the younger players so far.

Another player with some size on his side, Hackett has the hardest job on the court as the center. He averaged 5.6 points and 5.9 rebounds per game last season, and Coach Isai said he’s poised to step up for the team this season and increase those numbers.

As a freshman, Werner contributed in several ways. Coach Isai expects him to have a breakthrough season and grow into one of the team’s future leaders. Werner has a 4.5 GPA.

With all five starters returning and a deep bench, Valley Vista is looking to make a run for the Southwest title. The region has undergone some changes, with the departure of 2019-20 champion La Joya Community and the addition of Sunnyslope, which finished second in the 5A Northwest Region last season.

Sunnyslope brings with it several players 6-foot-8 and taller, but Isai is looking forward to the new competition. The Monsoon don’t have as many big players and will try to play more fast-paced.

In less than three years, Isai has set the foundation for what has the potential to become a championship team. He credits the athletes and parents who have been supportive of the efforts to get the program to where he knew it could go.

“The boys are all-in and ready to change the culture at Valley,” Isai said. “It will be an exciting year even with the current state we are in.”

“No one is transferring and our starting five is coming back. We have been very fortunate to have great athletes and parents who believe in what we are creating at Valley Vista.” — Ben Isai