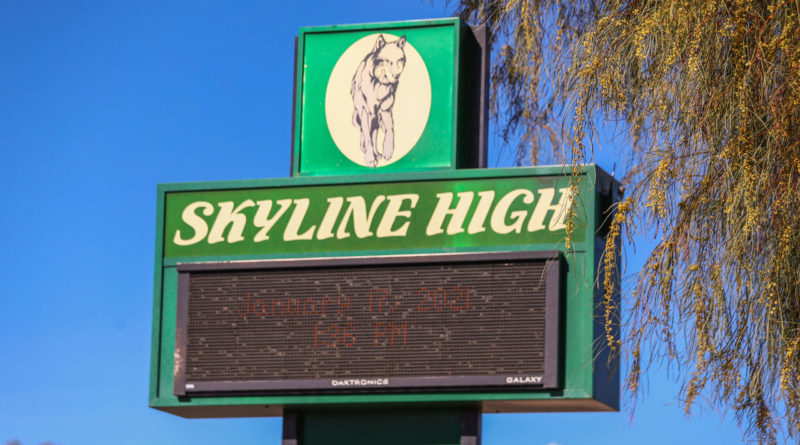 Over the next few weeks, SBLive Arizona will break down every 6A boys and girls basketball team in the state entering the 2020-21 season. Here’s our look at the Skyline Coyotes boys of the 6A East Valley.

Cook, who led the football team in receiving with 24 catches for 242 yards and two touchdowns, is one of the veterans back from last season’s region champion. He averaged 3.9 points per game and shot 34 percent from three-point range coming off the bench for the Coyotes.

Victorio is one of a number of JV players from a season ago who will be counted upon to play heavy minutes after graduation and transfers depleted the roster.

McFarland, like Victorio, received action with the JV team last season and moves up to the big-time this winter.

Last season was a banner campaign for the Coyotes. They won a program-record 27 games and reached the 6A semifinals for the first time just two years after making their first playoff appearance.

What a difference a year makes. Their coach, James Capriotti, stepped down to join the PHH Prep program, taking his son Dominic with him. Several other players joined them at the prep school. Harris is now at Northern Arizona, and 1,000-point scorer Herrera decided not to turn out after signing with Northwestern for baseball.

The Coyotes lost their top five scorers, making things interesting under first-year coach Armour, who spent the past three seasons turning around Coronado, getting the Dons to the 3A state playoffs last season for the first time since 2007.

“A lot has happened,” said senior Gabe Guadiana, a 5-9 guard who returns this season after sitting out the past two years. “But we’re focusing on the good of it. It’s not good that we don’t have all the players we had last year, but we’re still looking to do well.”

One thing that won’t change is the fast pace the Coyotes played the past few years. There will be some different wrinkles, though, because they won’t have the height inside that Poeschl at 6-6 and Tyree Tyler at 6-5 (both graduated) provided.

“It’s a little frustrating after the season we had, but it’s also a fresh start for us. Kids who didn’t start last year will get their chance this year. We’ll have to see, but I think we can make the playoffs again, for sure.” — Senior Greyson Cook