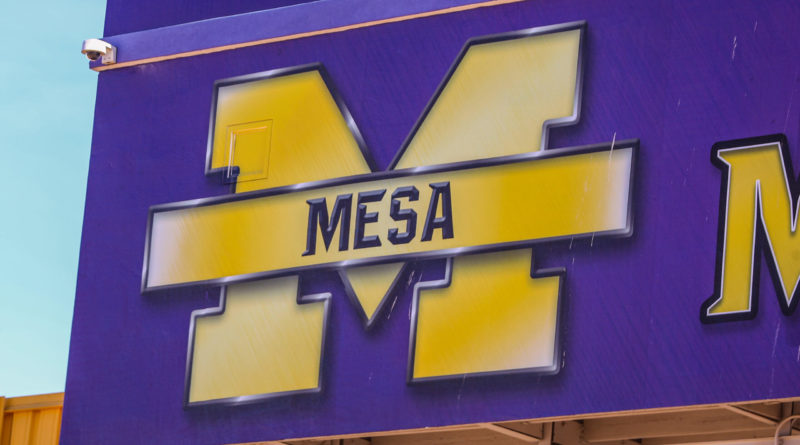 Over the next few weeks, SBLive Arizona will break down every 6A boys and girls basketball team in the state entering the 2020-21 season. Here’s our look at the Mesa Jackrabbits boys of the 6A East Valley.

Cervantes proved himself as one of the state’s top three-point shooters last season, hitting 40 percent from beyond the arc (66 of 167) and averaging 17.6 points, 3.3 rebounds, 2.9 assists and 1.3 steals per game in earning first-team all-region honors. He has committed to Glendale Community College. “His scoring ability is his main asset, but he knows when to pick his spots,” Stansberry said. “He has a great feel for the game and can shoot the lights out.”

Stansberry called Shumway “that ultimate team player,” an underrated glue player whose work ethic infuses energy throughout the lineup. He chipped in 6.2 points and 3.9 rebounds per game in a secondary role last season, but he grew several inches in the offseason and will see his role grow this winter as well. “He’s my utility guy,” Stansberry said. “Whatever we need, he’s willing to do it. He can defend anybody and has great ball skills.”

Cummard swung between JV and varsity last season, playing in 13 varsity games and averaging 1.4 points and 1.9 rebounds. Stansberry lauded Cummard’s offseason work and has him penciled into the starting lineup. “He’s just vaulted to the top of the depth chart,” Stansberry said. “He’s a bulldog on defense, a great on-ball defender, and a great ball-handler. He’s another kid who knows how to pick his spots.”

Crawford transferred to Mesa from Williams Field, where he averaged 5.4 points and 4.8 rebounds in nine games as a junior before missing the rest of the season with an injury. He adds an above-the-rim game that was missing from the roster. “He’s a super-bouncy kid,” Stansberry said. “He will be cleaning up the boards for us.”

Grayson arrives at Mesa after a standout junior season at Apache Junction, where he was 4A Black Canyon offensive player of the year after averaging 22.5 points (third in the conference), 6.1 rebounds, three assists and 1.7 steals. He immediately slides into the starting point guard role for the Jackrabbits. “He can take anyone off the dribble,” Stansberry said. “The way he gets downhill and attacks the rim, he’ll have guys helping off shooters. He’ll open things up for others and what they bring to the table.”

The Jackrabbits suffered through a series of misfortunes last season, starting with a season-ending injury to senior captain Julian Jackson when he broke his wrist at practice, followed by a knee injury that sidelined Cook for several weeks. They improved as the season went along but let several games slip away, leading to their first season without a playoff berth since 2012.

“Obviously, last year was a disappointing year,” Stansberry said. “All we can do is learn from it and move forward.”

“They’ll have a huge impact,” Stansberry said. “They just bring a whole different dynamic to the team that we didn’t have before.”

“You see it at practice. They’re saying to themselves, we’re not going to let it happen again. The kids have been bringing a different level and focus to practice this year. They’re at a playoff level, a state championship level from the start, and there are no egos on this team. They’re so unselfish, and it’s fun to watch.” — Scott Stansberry