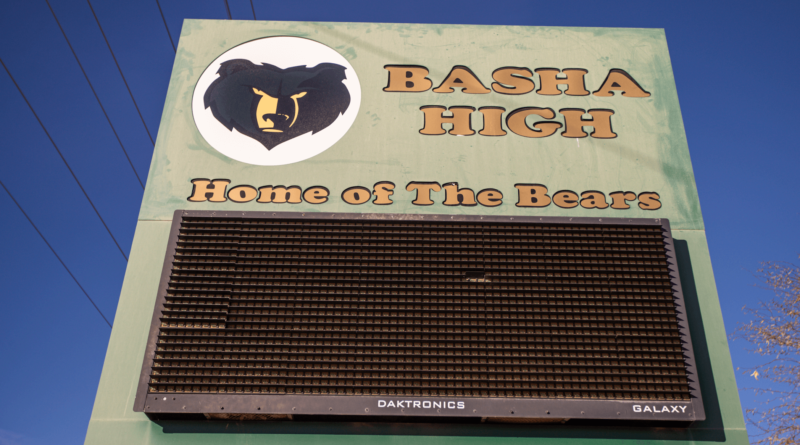 Over the next few weeks, SBLive Arizona will break down every 6A boys and girls basketball team in the state entering the 2020-21 season. Here’s our look at the Basha Bears girls of the 6A Premier.

Playoffs: Lost 60-45 to Boulder Creek in 6A play-in round

One of four starters who return this season for the Bears, Adams earned all-region honorable mention as a junior after averaging 5.4 points, 3.4 rebounds and 2.3 steals per game.

Kangas was the team’s best three-point shooter last season, making 38 percent from beyond the arc and averaging 3.3 points, 4.1 rebounds and 1.3 steals as a starter.

A fourth starter returning for Basha this winter, Wintemute was a key role player for the team and averaged three points per game.

James was a second-team all-region selection at Perry last season, averaging 3.6 points, 4.7 rebounds and 1.5 steals per contest. Her first sport is volleyball, and after getting cut from the Pumas program as a junior, she transferred to Basha to play for the Bears this fall.

Lyons was one of Basha’s top bench players last season, finishing third on the team in scoring at 6.2 points per game. She averaged 2.8 rebounds and 1.2 steals.

Being in the same region as perennial powers Hamilton, Perry and Xavier Prep means measuring progress in baby steps. It’s been a slow but steady improvement since Josey took over four years ago — from five wins his first season to eight wins and a play-in berth, then 10 wins and moving up from the No. 24 to the No. 19 seed last season.

“We believe we could have gone farther, but we just ran into some bad luck,” said assistant coach Juan Martinez.

Now, they’ll have to move forward without four-year starter Amiya Josey (15.1 points, eight rebounds, 3.6 steals, 3.7 assists per game last season), who scored more than 1,500 points in her career and has moved on to Coffeyville (Kan.) Community College, and 6-3 post Devyn O’Brien (7.3 points, 5.6 rebounds), who transferred to PHH Prep.

With four starters back, including all-region picks Adams and Gallegos, and the addition of James along with juniors McKenna Hesley and Larken Hoar (both promoted from the JV team at the end of last season), the Bears won’t be a pushover for their region foes, and getting back to the play-in round wouldn’t be a stretch. A victory there would be the program’s first playoff win since 2015.

“Our goal is to get better and improve every season. We play in one of the toughest regions with Hamilton, Perry, Xavier and Chandler. Our goal is to compete in our region, make playoffs, and get as far as we can.” — Assistant coach Juan Martinez