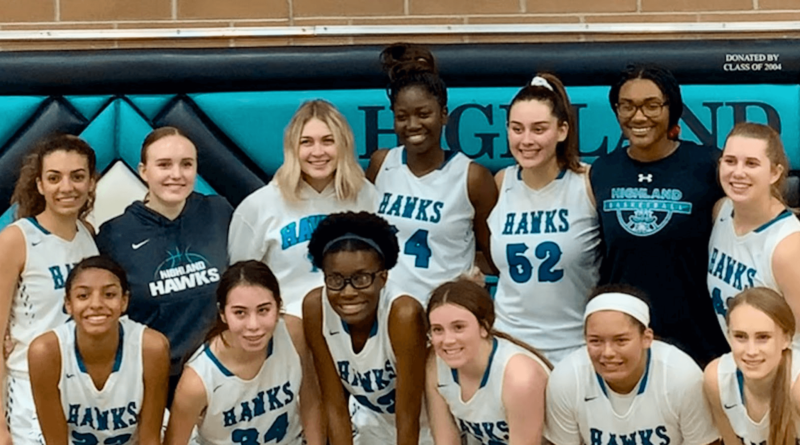 Over the next few weeks, SBLive Arizona will break down every 6A boys and girls basketball team in the state entering the 2020-21 season. Here’s our look at the Highland Hawks girls of the 6A Central.

Rosier is a phenomenal post player. Taylor describes her as someone with a strong basketball IQ and notes she is great at playing with her back to the basket. She might be one of the most impressive students in Arizona, too, with an outstanding 4.7 GPA.

Washington is all about doing whatever needs to be done on the court. She’s a solid shooter, and she’s likely to have the ball in her hands more as a senior. She’s also an outstanding student, with a GPA above 4.0.

Taylor has high expectations for King in her sophomore campaign. She’s a gritty player who is driven by her desire to thrive, something that will really benefit the Hawks on the court. Like her teammates, she also is dedicated to studying and has a GPA above 4.0

The Hawks last season had what some would consider a rough year for the program, but it set the foundation for this season. With a large number of returning seniors, Highland is looking to return to the powerhouse days it enjoyed under Miner Webster, the state’s all-time winningest coach.

The team did graduate two of its leading scorers, but Taylor believes players such as Nicole Biscoe, who was sidelined last season, and transfer Ky Skinner from Desert Ridge will have an immediate impact.

The Hawks have multiple players who can be the star on any given night, and Taylor said their intelligence is an asset when it comes to offensive and defensive concepts.

Taylor says the team’s biggest strength is his players’ ability to work together on the court. He knows it might take time to find what clicks, but he expects Highland to make a playoff appearance once again.

“They are all improving and stepping up in spite of this pandemic. They are a blessing to be around. From where they were in February to where they are now, it’s fantastic to see. I have a ton of seniors and I know they want to get a chance to play.” — Chad Taylor