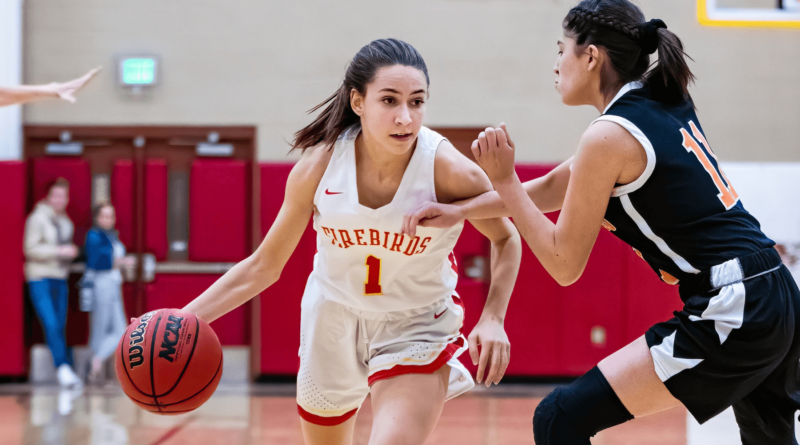 Over the next few weeks, SBLive Arizona will break down every 6A boys and girls basketball team in the state entering the 2020-21 season. Here’s our look at the Chaparral Firebirds girls of the 6A Desert Valley.

Garber saw her minutes steadily increase over the course of her sophomore season as she adjusted to the varsity level, and Rivera sees her as someone who is ready to have a big year for the Firebirds.

Whattam missed about three weeks in mid-January but received steady spot minutes last season. Like Garber, she’s being counted upon to take on a bigger role this winter after a year spent battling the likes of Finney, Pradier-Cole and Ostlie in practice on a daily basis.

Burnham played in 10 varsity games last season while swinging between the JV and varsity. She should provide an inside presence for Chaparral this season.

The Firebirds program has undergone an offseason of turmoil following a sixth consecutive winning season and 10th straight playoff appearance. It began with a coaching change prompted when first-year coach Richie Krzyzanowski was dismissed by the district after the Arizona Department of Education determined he falsified records while applying for a principal’s certificate.

The next shoe to drop was the announcement that All-Arizona guard and University of Washington signee Jess Finney (21.8 points per game) had transferred to PHH Prep for her senior season. Two other key players, Pradier-Cole (9.2 points per game) and junior post Parker Brown, did not return, and promising sophomore guard Abby Ostlie (4.1 points per game) — younger sister of Anna, who’s now at Boise State — is out for the season.

Taking over this winter is Rivera, who coached in South America for five years — building the program at the American School of Asunción in Paraguay that eventually won four international titles — before returning to the United States in 2018.

He has a young group with not a lot of varsity experience, giving him the opportunity to shape the program as he wants to see it in the future. Players such as Burnham and sophomore guard Sophia Musto, who move up from JV this season, will need to adjust quickly to varsity game speed for the Firebirds to make it back to the playoffs.

“Jess was an incredible player. It will be hard to replace her, but as a team, we will have to collectively make it up. I’m looking to see big years out of Kylie, Maddie and Kasey. These three players have shown they are ready to take a leadership role and unify the team to compete at a high level.” — Pierre Rivera