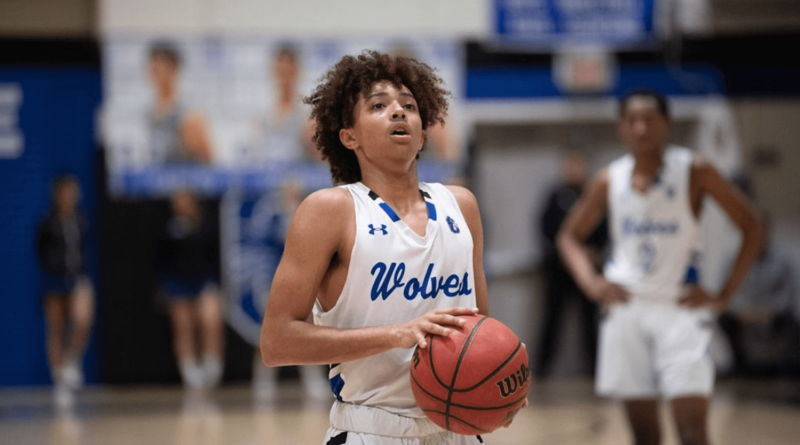 Over the next few weeks, SBLive Arizona will break down every 6A boys and girls basketball team in the state entering the 2020-21 season. Here’s our look at the Chandler Wolves boys of the 6A Premier.

Playoffs: Beat Desert Ridge 62-45 in 6A first round; beat Hamilton 48-47 in quarterfinals; lost 70-52 to Mountain Pointe in semifinals

Last season’s region player of the year and a second-team all-conference selection despite missing three weeks in early February with a broken thumb is back to help the Wolves try to reach their first big-school final since 1984. A pass-first point guard, he still led the team with 19.3 points per game last season while averaging five assists, 3.7 rebounds and 1.7 steals. “He’s the key to our success,” Rother said. “He makes everyone on the team better. He shoots the ball extremely well and really doesn’t have any holes in his game.”

The first-team all-region selection averaged a double-double last season, scoring 14.4 points (shooting 64.8 percent from the field) while grabbing 10.5 rebounds and blocking 2.5 shots per game. “He rebounds and blocks shots at such a high level,” Rother said. “He has great hands and feet, and mixed with his size and strength and ability to finish above the rim, makes him almost unguardable inside.”

Johnson plays small forward, but he’s a physical player who earned second-team all-region honors while averaging 6.6 points and 4.9 rebounds per game last season. “He’s quick off his feet and a matchup problem for anyone who guards him,” Rother said. “He’s too strong for most guards to play him and too quick for bigs to match up against.”

Muse transferred from Maryvale, where he played significant minutes as a sophomore. Rother expects him to have an immediate impact when he becomes eligible at midseason. “He’s extremely crafty with the basket and has the ability to defend at a high level,” Rother said.

Steffen enters the program having played high-level club ball for three seasons and already brings a veteran presence to the court. He could begin the season in the starting lineup. “He brings a level of toughness and experience you don’t often see from freshmen,” Rother said. “He can shoot and handle the ball.”

Crispin transferred from Skyline midseason last year and was ineligible to play for the Wolves during their playoff run, but he benefited from practicing with the team and should contribute right away this winter. “He’s a high-motor, defender type of guard,” Rother said. “He should be able to provide some outside shooting offensively as well.”

The Wolves last season nearly became the first 6A school to turn the football-basketball state title quinella since Mountain View (Mesa) did so in 1997-98, reaching the semifinals for the first time in nearly 30 years with a roster filled with underclassmen.

They lost two of them (Broady and Mason) to AZ Compass Prep and graduated sixth man John Garcia, a gritty glue player whose leadership will be hard to replace, but the Wolves still have plenty of pieces to make another deep playoff run and perhaps add a third state championship to go with their 1976 and 1984 titles.

“We have the talent and pieces this year to make a run at a title,” Rother said. “This region is always tough, and none of the teams ever have a ‘down’ year, but I have confidence we can be on top at the end.”

Kelly is a definite All-Arizona candidate who makes the Wolves go, and Riley is an interior threat who came up big during their playoff run a year ago. They added two high-energy transfers in Crispin and Muse, and Steffen could muscle his way into the starting lineup sooner than later.

“I believe we have the team this year to be playing for a championship barring injuries or sickness. We need to keep working hard and be committed to winning, and everything will take care of itself.” — Jonathan Rother