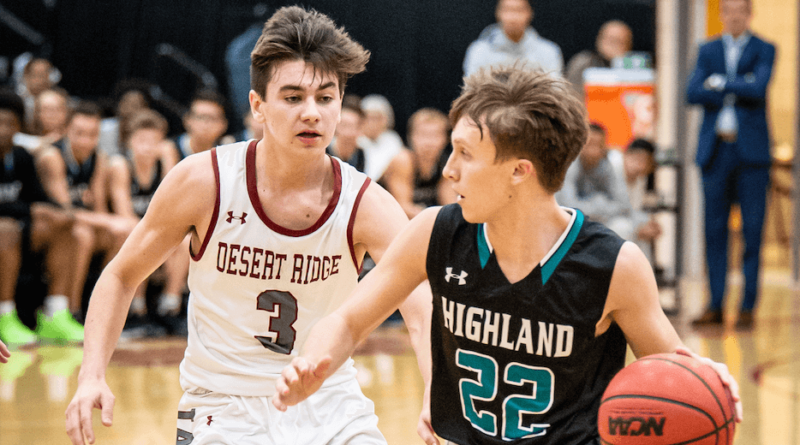 Over the next few weeks, SBLive Arizona will break down every 6A boys and girls basketball team in the state entering the 2020-21 season. Here’s our look at the Desert Ridge Jaguars boys of the 6A Central.

Kelsey was the leading scorer for the Jaguars last season, averaging 13.5 points per game. Ream said Kelsey often can be found in the gym, as he’s constantly working to improve. He doesn’t just lead by example in sports, either, as he also has a 3.5 GPA. “Joe is an awesome kid,” Ream said. “He’s a gym rat who loves the game of basketball. He’s going to have an awesome season and has really grown.”

Kennedy is expected to take on a much bigger role for the Jaguars this season. As a very skilled, multi-dimensional offensive player, Ream plans to get the ball into Kennedy’s hands often to help generate more points. Kennedy also is a strong defender and rebounder.

A fierce competitor, Haltorp refuses to be beat, and that makes up for what he might lack in size. Haltorp always plays up to his competition and forces his opponents to work for everything. He’s also an exceptional shooter. “Matt Haltorp may be the surprise player in the state. The kid can flat-out shoot the basketball,” Ream said.

Bray is another strong shooter whom opponents must watch — leave him open, he’s more than likely not going to miss.

Facing extremely tough competition, Ream was very happy with how last season went for his team. Now, with a shortened season during which every game means more, Ream and the Jaguars are ready to get back on the court and show they have what it takes to be a contender for the region title.

“Our region is always tough. There are no off nights and I don’t see this year being any different,” Ream said.

Despite losing a large number of seniors from last season’s team, Ream has confidence in the roster. He thinks the current squad is led by an incredibly talented senior class that’s really developed and grown through the years.

The group has been playing together since elementary school, helping to solidify a strong bond and good communication that likely will be the Jaguars’ greatest strengths after an offseason in which so many teams have struggled to continue in-person training.

“With the amount of seniors we had graduate, it would seem like this year would be a rebuild, but it’s not. Our seniors only lost one game as freshmen and they are ready to step up and continue the success.” — Greg Ream