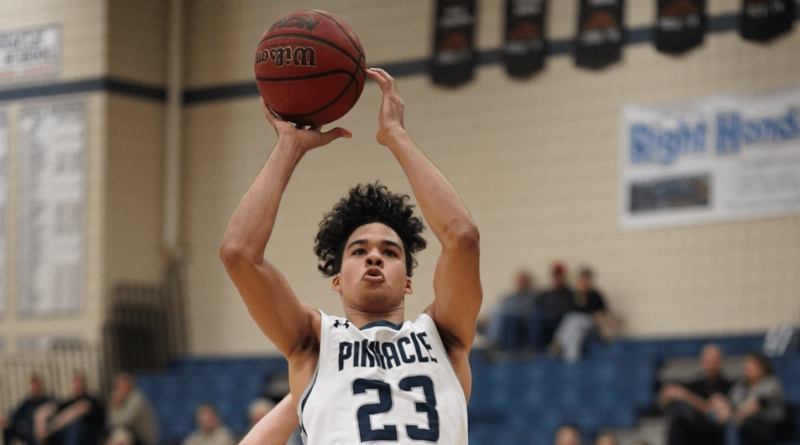 Over the next few weeks, SBLive Arizona will break down every 6A boys and girls basketball team in the state entering the 2020-21 season. Here’s our look at the Pinnacle Pioneers boys of the 6A Desert Valley.

Playoffs: Beat Boulder Creek 64-53 in 6A play-in round; beat Highland 70-59 in first round; lost 82-73 to Mountain Pointe in quarterfinals

White is the top returning scorer from last season’s team — he averaged 5.9 points and 3.8 rebounds per game in a complementary role for the Pioneers. Wilde said White has improved various parts of his game in anticipation of taking on a bigger role this season. “Elias is doing great,” Wilde said. “He is very athletic and such a great slasher offensively. He also rebounds very well.”

Grady played in four varsity games last season, averaging 1.8 points, but spent most of the season directing the JV team to a 15-3 record. He will take over the starting point guard job this season.

Robinson might be better known as one of the top tight end prospects in the state, but he played in 15 varsity games as a freshman, averaging 1.4 points and 1.8 rebounds.

Raquiza transferred to Pinnacle from Gig Harbor, Wash., where he was a two-year standout for the Tides, leading the team in scoring as a sophomore and earning second-team all-South South Conference honors as they won the league title. He’ll add a three-point shooting threat to the offense.

Perhaps a letdown was expected last season for a program that won back-to-back state championships led by Nico Mannion (a second-round pick of the Golden State Warriors in November) and Trent Brown (now at Southern Illinois).

The Pioneers had their second sub-.500 season in the past 15 years, and they graduated two key players in Libman and Baker, then had Ramos (8.7 points per game) transfer to PHH Prep, sophomore Ashton Reese (2.5 ppg) head to AZ Compass Prep and junior Luke Gavin (3.9 ppg) decide to take the season off because of the pandemic.

At Pinnacle, though, there’s no thought about rebuilding seasons. The Pioneers will fill in around returners White and senior guard Max McEuen with several players moving up from the sub-varsity, including Grady and sophomore guards Bryce Ford and Myles Libman. They also add Raquiza, an athletic wing who can shoot the three, and have three players from the football team — Robinson; point guard Devon Dampier, a 5-11 sophomore who played for the freshman team last winter; and guard Dorian Singer, a 6-1 senior who played varsity at Tartan, Minn., the past two seasons.

“All three will make an impact in different ways,” Wilde said of the football trio. “Duce played for me last year off the bench. Devon is just a great athlete who competes and plays defense, and Dorian seems to have good skills and instincts.”

“We have a great mixture of youth and veterans playing this year. Our football players give us defensive toughness and scoring. We are excited to get the year started and feel we have a competitive, hard-working group.” — Charles Wilde