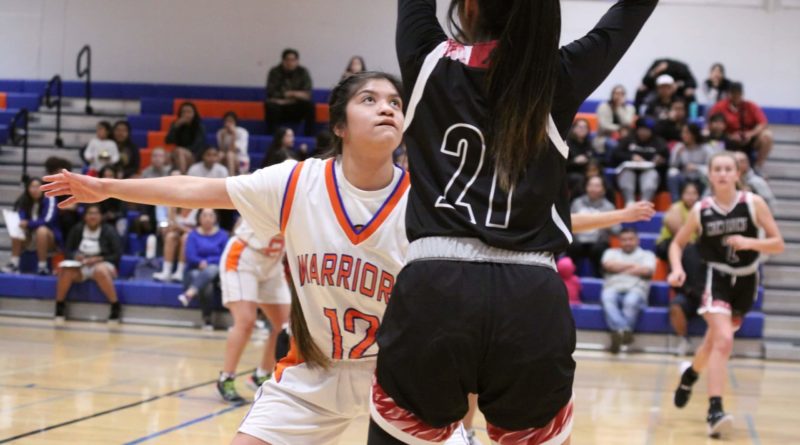 Over the next few weeks, SBLive Arizona will break down every 6A boys and girls basketball team in the state entering the 2020-21 season. Here’s our look at the Westwood Warriors girls of the 6A East Valley.

Playoffs: Beat Xavier Prep 47-42 in 6A first round; lost 56-51 to Pinnacle in quarterfinals

Johnson is a four-year varsity contributor and three-year starter who earned first-team all-region honors last winter, scoring 14.7 points per game while shooting 37 percent from three-point range and 80 percent at the line. She averaged 5.1 rebounds, 2.8 assists and 2.8 steals in leading the Warriors to a second consecutive state tournament appearance. “She is a talented scorer who’s aggressive on both ends of the floor and can take over a game with her shooting and finishing abilities,” Campton said.

Jones, a third-year starter, was a second-team all-region selection as a sophomore who averaged 9.6 points (second to Johnson) while shooting 33 percent from three-point range, along with 3.1 steals, three rebounds and 2.4 assists. Campton calls Jones a hard-nosed and smart defender who can match up with players at any position. “She’s quick and athletic,” he said. “She turns rebounds into immediate outlets and has deep range from three.”

Kinsel, like Jones, has started both years with the Warriors, and she also was a second-team all-region pick, averaging 9.1 points, 2.7 steals and 2.2 rebounds per game. Her teammates nicknamed her “Sparkplug” because of how she provides a boost of energy every time she steps on the court. “She’s an aggressive and relentless defender who can also knock down shots from all over the floor,” Campton said.

Scabby debuted with 11 points against Copper Canyon last winter and didn’t stop making key contributions for the Warriors. She finished the season shooting 35 percent from three-point range and averaged 3.9 points coming off the bench. Campton expects her to grab a starting spot this season. “She’s very quick and disrupts passing lanes and ball-handlers all over the floor,” he said. “She will contribute as a ball-handler, scorer and aggressive defender every game.”

Burrough got a taste of varsity action last season during the Warriors’ playoff run, and Campton praised her improved outside touch to complement her post moves on offense. “She’s a big, physical post who fought tooth and nail against much larger posts in the playoffs and didn’t quit,” he said.

In each of Campton’s previous two seasons, he’s had freshmen provide important contributions. This winter should be no different as Montoya will battle for a starting spot or become a key rotation player. “She’s expected to contribute immediately as a shooter and defender,” Campton said. “She has a very smooth shooting stroke and can knock down the three from any spot.”

The Warriors have progressed over the past three seasons from play-in participant to state tournament qualifier to quarterfinalist for the first time in program history last March.

“It was a huge accomplishment,” said Campton, who was the freshman coach for three seasons before taking over in 2018, “but we feel like we could’ve made a deeper run.”

For Westwood to take that next step, it’ll need to replace Abrielle John, a four-year starter at point guard who became the program’s all-time leading three-point shooter — she shot 37 percent last season and averaged 9.2 points per game. She was a consistent scorer and playmaker who facilitated the offense for others around her.

Scabby likely will get first crack at taking over for John, and if she successfully replicates John’s role in the starting lineup, the Warriors could match their Elite Eight run of a year ago and perhaps get a round or two further.

“We need to continue to be disruptive on both ends of the floor and knock down shots in big games. We’re a very big momentum and energy team. If we can get it and keep it, we’re tough to beat.” — Ron Campton