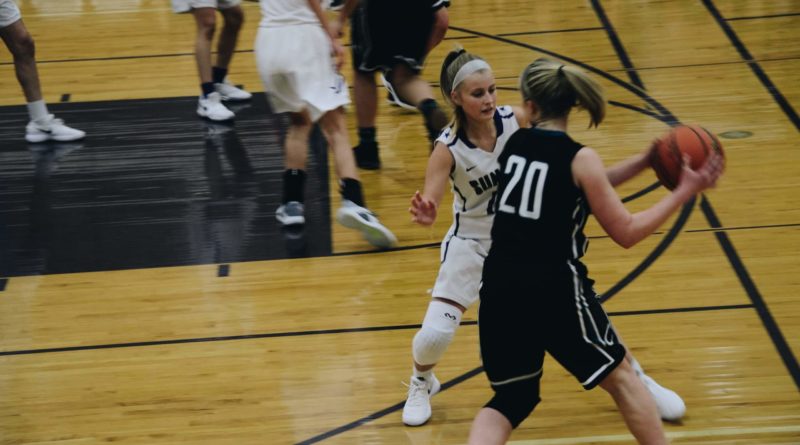 Over the next few weeks, SBLive Arizona will break down every 6A boys and girls basketball team in the state entering the 2020-21 season. Here’s our look at the Mountain Pointe Pride girls of the 6A Central.

Froberg and Kimora Parker are considered the heart and soul of this season’s squad. A talented player who dedicated herself to open gym practices in the fall, Froberg is in great shape and ready for the season. She has a high basketball IQ, listens, executes and helps the younger players.

Along with Froberg, Parker leads by example for the younger players and is helping Stephens build a solid foundation. Parker also was committed to open gyms in the fall, working tirelessly to improve her game. Stephens said Parker is a strong mid-range shooter who also can shoot from three-point range.

A very aggressive and an incredibly strong player, Riddell has a ton of potential to blossom into one of Mountain Pointe’s top players in the future. She has an extremely high basketball IQ, and Stephens said she’s a natural around the basket. Riddell has experience playing club basketball, which will benefit her as a freshman playing varsity.

With her long arms and ability to jump over people, Carillo can be deadly inside the paint for the Pride. What most people don’t know about Carillo, though, is that she is a solid three-point shooter.

With Stephens taking over in April, the program is under the direction of its third head coach in the past three years. Stephens was hired after Donnis Henry stepped in as interim coach last season after an investigation found that anonymous emails leaking game strategies were linked to coach Justin Hager, resulting in Hager’s termination. Despite all of the outside noise, the Pride still turned in an impressive season.

Stephens inherits a completely new roster without a single returning player from last season’s varsity squad. The coach is giving all of her players the green light to score.

“Getting these young women who sat on the bench last year or played JV to start looking at themselves as a triple threat, that’s the type of foundation I’m building,” Stephens said. “A group of young women, who when they step on the floor, I’ve got five threats on the floor offensively at one time.”

Stephens knows that once the confidence comes, the aggressiveness will follow. She said the kids are picking up her energy, buying into her philosophy and learning the new system.

“Pass always leads to dribble, so we will find the open player on backdoor cuts, swinging the ball to the opposite sides, making the defense work, spreading the defense. We’re going to play some good old-fashioned basketball, pretty basketball. I’m talking poetry in motion.” — Rehema Stephens