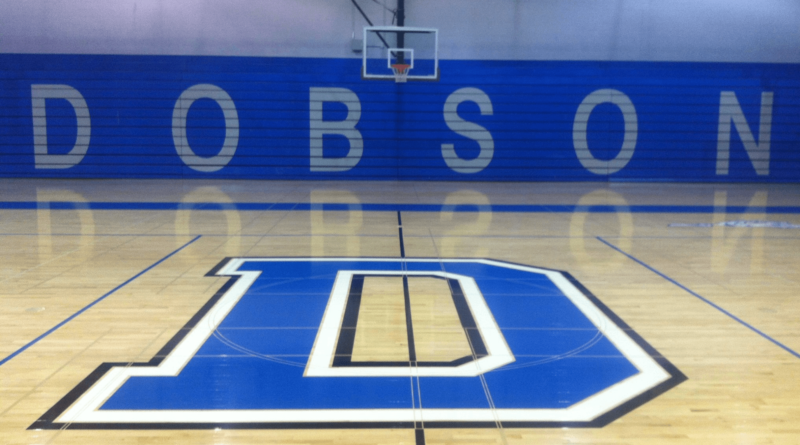 Over the next few weeks, SBLive Arizona will break down every 6A boys and girls basketball team in the state entering the 2020-21 season. Here’s our look at the Dobson Mustangs boys of the 6A East Valley.

Phillips finished last season second on the team in scoring behind Stone, averaging 10.5 points per game while grabbing 3.5 rebounds and shooting 30 percent from three-point range. He missed much of the fall while playing defensive back for the football team (32 tackles, four interceptions), but the delay to the start of the season will allow him to work back into basketball shape. “He is an explosive and energetic player,” McConnell said. “He attacks the rim but can also shoot from the perimeter.”

Blanchard played more of a secondary role for the Mustangs last season, averaging 3.5 points and 2.7 rebounds per game, but he’s one of the returners McConnell expects to have a big season.

Spencer (3.4 points per game as a junior) is another complementary player from a year ago who is expected to play a bigger role this season.

Kinney played in a handful of games for the Mustangs last winter and averaged 1.8 assists in his limited time. He’s one of the promising young players McConnell hopes breaks through in the backcourt this season.

McConnell has not had many rough patches during his 37-year tenure at Dobson that includes seven region titles and three Final Four appearances, but the past two seasons certainly would qualify. The Mustangs didn’t reach double digits in wins and missed the playoffs each year, and when Stone (17.8 points per game, now at Cal Baptist) missed most of December with an injury, it hurt the team’s development during the tournament portion of the season.

They won’t have much of a preseason to get settled, but McConnell likes what he’s seen in the early practices.

“This team is improving every day,” he said. “They’re versatile and quick, although we are little. We need to rebound and play solid defense so we can get out and run.”

McConnell also thinks his team will have a more well-rounded attack after focusing much of its efforts on feeding the ball into the post. He believes he has multiple players who can be scoring threats, including Blanchard and Phillips, buying time for an inexperienced backcourt that features Kinney, 6-3 junior Denton Latimore and 5-11 freshman Donovan Beard. Senior Markus Miles and junior Garrett Justice will contribute off the bench.

“I’m really pleased with our guys and their ability to pass it and shoot. We have three or four guys who will need to be scorers we depend on. We have work to do, but hopefully we can get some games under our belt and gain some game experience quickly.” — Rick McConnell