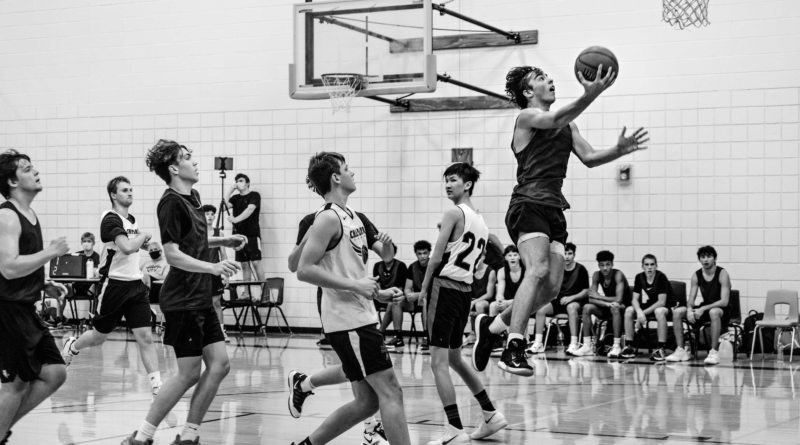 Over the next few weeks, SBLive Arizona will break down every 6A boys and girls basketball team in the state entering the 2020-21 season. Here’s our look at the Basha Bears boys of the 6A Premier.

McLaughlin is the unquestioned leader of the team, a second-team all-conference selection who averaged 18.2 points per game and shot 33 percent from three-point range despite missing the first month of last season with a broken hand. He recently received an offer from Northern Arizona. Grothaus loves McLaughlin’s competitiveness and willingness to take ownership of big moments. “He’s definitely not afraid to take that last shot,” Grothaus said. “Everything he does, he wants to win at. We’re excited to have him for his senior year and looking for big things from him.”

Hastings, an honorable mention all-region selection who averaged 8.8 points, 4.6 rebounds and 3.7 assists per game as a junior, makes the perfect complement to McLaughlin in the Bears’ four-guard starting lineup. “To have two senior guards like Trenton and Thomas is extremely valuable at the high school level,” Grothaus said. “Thomas is vastly improved and very athletic for a kid his size. We expect him to take on more of the scoring load this year and have a big senior year.”

As a sophomore, Reynolds missed all of December with an injury, and his return injected a much-needed inside presence to the starting lineup. He shot 69 percent from the field and averaged nine points and 4.9 rebounds per game. “He’s a solid, consistent player for us,” Grothaus said. “He’s got great hands and is a big, strong, physical kid in the post.”

Sandoval will take over the starting point guard job after serving his apprenticeship as a freshman last winter, averaging 2.2 assists and 1.2 points off the bench in 28 games.

Bosch moved from New Jersey last summer and will compete for a spot in the starting lineup with several members of Basha’s strong JV team moving up to varsity. “He will definitely open some eyes,” Grothaus said. “He’s a good rebounder from the wing position. He’s a great addition — we’re lucky to get him.”

Since winning the 6A state title in 2017, the Bears have finished at or below .500 every season, including last winter, when they beat Red Mountain in the play-in round for the second consecutive year before falling to Cesar Chavez in the first round.

This team compares favorably with that state championship team. Even though the Bears lost promising sophomore Landon Schumaker (9.5 points, 6.1 rebounds per game) to AZ Compass Prep, they return three starters led by McLaughlin, an All-Arizona contender who can carry a team on his back when needed.

To that veteran core, they add Bosch and 6-3 freshman Christian Warren, a good shooter from deep, as well as reinforcements from the JV team such as juniors Lucas Fichiera (a swing player who started a couple of varsity games before an illness derailed his season), Mason Blankenship, Maddox Doolin and Kayden Roper.

“I’m really looking forward to seeing what we can do,” Grothaus said. “With the situation we’re all in, you never know. Hopefully, we’ll get the opportunity to play and see what we have.”

“This is the deepest, most versatile team we’ve had since we won the state title. There’s a lot of excitement with this group. We bring back a lot of key contributors and add some nice players from the JV as well as Torin and Christian.” — Mike Grothaus