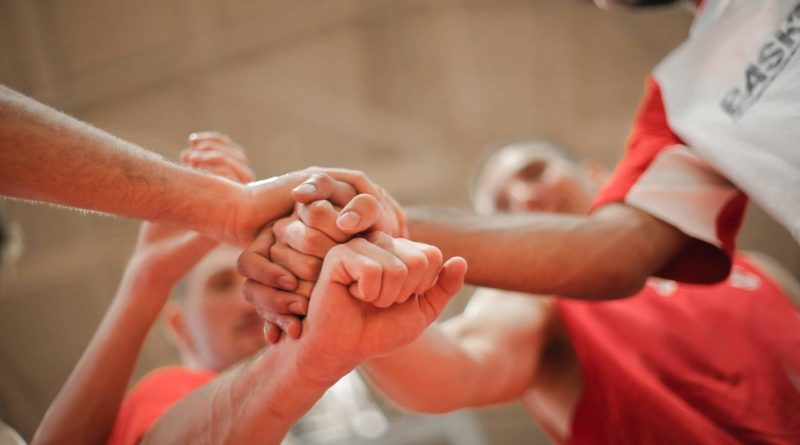 Basketball, soccer, wrestling and spiritline once again are free to begin Jan. 18, but there remain strong opinions on both sides of the debate as to whether it’s the right decision

The Arizona Interscholastic Association has voted to overturn its decision to cancel winter sports.

The move comes following extreme backlash from student-athletes, parents and coaches in the three days since Friday’s canceling of the winter sports season. After Tuesday’s re-vote, the AIA will allow schools to move forward with previously scheduled winter activities beginning the week of Jan. 18.

News of a special Executive Board meeting happening Tuesday morning via Zoom began circulating late Sunday evening, providing athletes a glimmer of hope that their season might still, in fact, take place.

As the meeting began, board member Jim Love made the motion to reconsider the decision, opening for discussion as to whether Friday’s ruling should be overturned and allowing members to weigh in as to why.

Marcus Williams, another board member, spoke first. He stated that the board should listen to what a majority of the AIA’s member schools would like to do in terms of the winter sports season.

He also touched on how important his senior season was when it came to setting him up for life. Williams spoke about how he was recruited for college during his senior year, leading to his current career path involved in school athletics.

“I look back to when I was a senior in high school,” Williams said. “If I didn’t have the opportunity to compete as a student-athlete, I don’t know if I would have gotten the opportunity to play football at Arizona State University. That created a lot of relationships.

“This is an opportunity for us as the AIA, as the membership, to have the ability to control that environment for students under whatever parameters the board wishes.”

His views were shared by Jeannine Brandel, who expressed her belief that students are safest in schools.

Their opinions were not shared by all board members, however. William Duarte and Dr. Zack Munoz said they couldn’t vote against the current Sports Medicine Advisory Committee recommendations and stated they would not be changing their stance.

“At this point, the SMAC has reiterated their point that we should cancel winter sports,” Dr. Munoz said.

Duarte’s beliefs were similar: “I believe ignoring the SMAC committee’s recommendation is a mistake.”

Attention then shifted to Jim Dean, who echoed the idea that athletes are going to play either way, as demonstrated by how quickly coaches moved to put together an alternate season for athletes within hours of Friday’s decision. Dean agrees that children are safest in schools, which is why he would be maintaining his stance that AIA winter sports should take place.

Tim Carter, though, raised several strong points as to why the season should not take place. Based on scientific data on numbers and the current caseloads in Arizona, he believes the decision needs to be approached from an academic standpoint, since sports are an extension of the classroom. He said with students currently out of the classroom, how can they compete in school sports?

“If we were being required to follow the data, we wouldn’t be having this conversation. There just wouldn’t be any need because our schools would be in as close to lockdown as we could possibly get them,” Carter said.

Carter said numerous doctors and medical experts have spoken with him expressing their recommendations to follow the SMAC guidelines and not move forward with sports, and he said even athletic trainers at schools believe it’s not safe. He reminded that it’s OK to disagree without it becoming personal, but he made clear that he still intended to vote against high school sports taking place at this time.

Ricky Greer, a board member who represents the 2A schools, sided with Carter. Greer noted additional issues facing many schools he represents. Many are located in rural Arizona, where healthcare is lacking, and their medical systems already are overloaded with COVID-19 cases.

“One of my major concerns being in rural Arizona is the way the health system is set up in the state. You do not have large ICU units in the regionalized hospitals,” Greer said.

He painted how grim the picture is for many people living outside of the Valley’s immediate scope.

“Many of those hospitals are already full, and so our citizens, our community members, are having to be air evacuated down to larger health systems in the Metropolitan area, and when they can no longer accept anyone else, they are the first individuals who are going to be told, ‘No, sorry, stay where you are.’”

The final two board members to speak were Dr. Camille Casteel and Love. Dr. Casteel made clear Friday her desire to let athletes play, so the decision was all going to come down to Love’s vote.

Love, who on Friday voted to cancel the season, this time said he wants to give schools and athletes the choice of playing, a monumental swing vote that ultimately led to the overturned result.

“With this yes vote, I’m going to demand we put a lot of protocols in place, with consequences, and I want to guarantee for all of our students on all of our campuses playing these sports we make it as safe as possible,” Love said.

And with that, the basketball, soccer and wrestling seasons were back on. The board then cast a vote on spiritline, which was granted a 9-0 unanimous decision to proceed.

AIA Executive Director David Hines said all students will be excused from AIA bylaws for actions taken from Friday to Tuesday that typically would have made them ineligible to play. Such actions, for example, would include practicing with a club team during the official AIA season.

Additional COVID-19 mitigation measures have been put in place, including mask mandates throughout the entirety of an event for all athletes, coaches and officials. Other measures include limiting spectators to two parents or guardians per athlete and no other fans.

Media members will be required to check with athletic directors for approval before covering events.

Hines said anyone who fails to follow mitigation strategies will no longer be part of the AIA. If violations occur, the school will lose access to AIA officiating.

Lucas Ramirez, the head boys basketball coach at Saguaro, said he and his athletes are ecstatic with the board’s decision to allow them to play.

“We are grateful for the AIA’s reversal of their decision,” Ramirez said. “We understand the realities of the virus and have respected it from the beginning. While this decision was not an easy one to make, we honor it every day. … We cannot wait to get back in the gym with our student-athletes and prepare for the opportunity to compete.”

Numerous other coaches and athletes took to social media to express their gratitude with the decision.

Some, however, still don’t believe the decision is the right one.