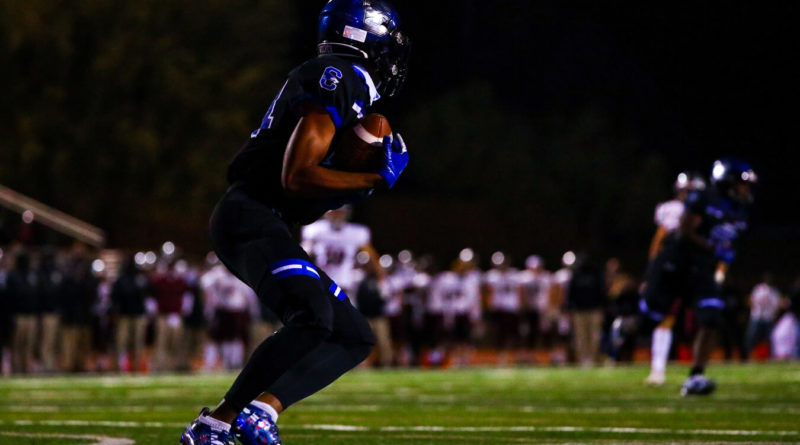 Here’s a look at some of the top performances in Week 11 (Dec. 11-12) of Arizona high school football. (Photo by Arianna Grainey)

If you know of a top star we should add, please let us know in the comments or tag us on Twitter (@SBLiveAZ).

Thompson led Mesquite to its second consecutive 4A state title, finishing his final high school game with 340 yards and three touchdowns through the air (completing 25 of 35 passes) and two touchdowns and 106 yards rushing.

Lira was dominant in the Wildcats’ 4A final victory, racking up 258 yards receiving and three touchdowns.

Ogle ran for 259 yards and three touchdowns in a 42-7 win over Benson in the 2A title game.

Green rushed for three touchdowns and more than 200 yards in a 38-14 victory against Yuma Catholic in the 3A final.

Sanders ran for more than 100 yards and two touchdowns in a 23-21 Open Division championship-clinching victory against Hamilton, including an 80-yarder on Chandler’s first snap of the game.

It would be easy to recognize Chandler’s entire defense every week — so many players contributed to the Wolves’ five-peat during a season in which Saturday’s 21 points allowed were the second-most they surrendered all season.

Arnold rushed for 218 yards and two touchdowns in a 42-20 victory over Ironwood. Julian Esber ran for 140 yards and two scores en route to the Mustangs’ 5A title-clinching win against an Eagles team that defeated Sunrise Mountain earlier in the season.

Lucas and Chaparral’s front seven led the way in a defensive duel against Highland that resulted in a 24-14 6A final victory. Lucas, a 4-star recruit, had two sacks. Quarterback Brayton Silbor (17 of 24, 160 yards) and running back Jared Williams (two rushing touchdowns) led the way for the offense.