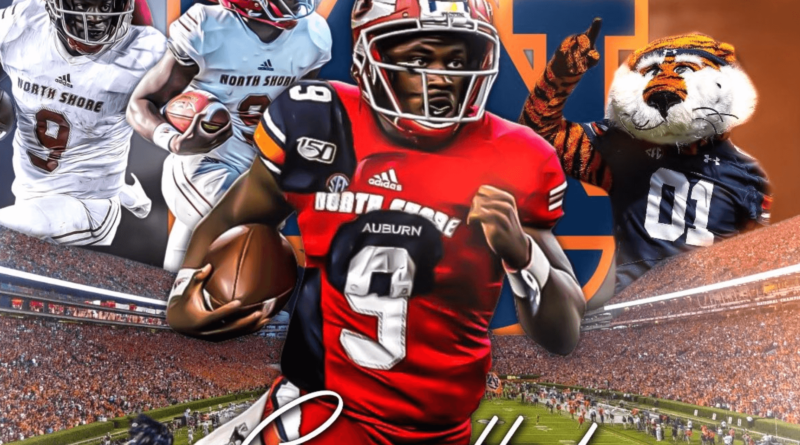 Colquitt County and Norcross are the second- and third-ranked teams in Georgia. Colquitt County’s top player is senior Minnesota wide receiver commit Lemeke Brockington. Norcross’ is Jahni Clarke, a tailback who rushed for 206 yards and three touchdowns in last week’s win over Roswell.

St. Thomas Aquinas has six players listed in the top 50 of 247Sports’ 2021 Florida player rankings. Alabama defensive line commit Dallas Turner leads the way at No. 7. He blocked a punt and recovered it in the end zone for a score in the quarterfinals last week against Venice. Bloomingdale’s best player is senior Alabama wide receiver commit Agiye Hall.

Jesuit is undefeated, but we expect American Heritage to win the game and stay in next week’s Power 25. Defense is where the majority of the big names are for American Heritage, led by safety James Williams (Miami commit), cornerback Earl Little Jr. and defensive end Marvin Jones Jr.

This is a must-win game for Niceville’s Power 25 hopes after playing a relatively easy regular-season schedule. The team’s top player is senior offensive lineman Kimo Makaneole, a Florida State commit.

UCF quarterback commit Timmy McClain will try to keep Seminole undefeated this week. A win for the Seminoles will keep them on our Power 25 radar.

If Lowndes can win a 7A title in Georgia, it’ll move back into the Power 25. The next hurdle for the Vikings comes against undefeated Milton and junior tight end Jack Nickel, a Notre Dame commit.

This is a massive game in Louisiana between two of the state’s top teams. If Brother Martin runs the table and wins a state championship, it’ll move into the Power 25.

Led by junior quarterback Walker Howard, an LSU commit, St. Thomas More is another team in Louisiana playing well enough to eventually make the Power 25. The Cougars are two wins from a state title.

Nolan Catholic can complete an undefeated season with a win. The team’s top player is J’Dan Burnett, a defensive lineman who has 11.5 sacks.

These teams met in November, with Chandler winning 34-14. Wolves quarterback Mikey Keene completed 15 of 23 passes for 236 yards and three scores in that game. Junior Kyion Grayes caught two of the touchdowns. Can Chandler do it again? That’s the big question this week. Hamilton has plenty of talent as well, led by junior quarterback Nicco Marchiol.

Marcus needs to beat a good Prosper team to stay on our radar. This is one of the best 6A opening-round games in Texas. Marcus senior quarterback Garrett Nussmeier is committed to LSU. He injured his hand last week and might miss the game.