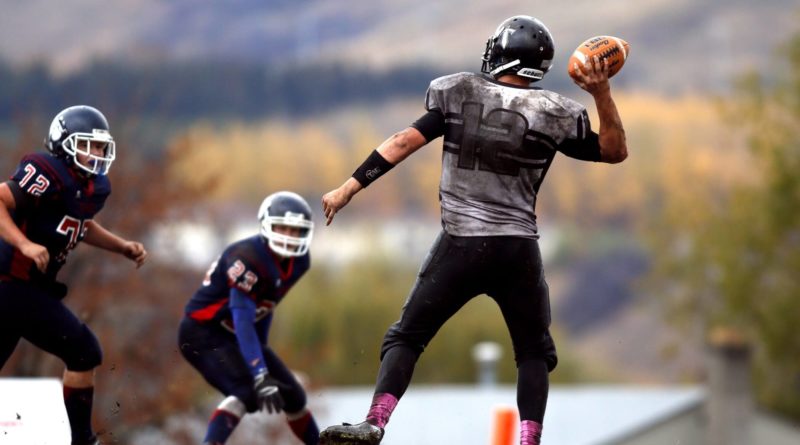 The Arizona high school football playoff brackets were released over the weekend, and this week we’ll be analyzing each of the playoff fields. Here’s a look at the 3A bracket.

Yuma Catholic stands at the precipice of its first state championship since 2014, when the Shamrocks completed a run of three titles in a four-year span under coach Richard Stallworth. His son, Richard, is a sophomore who leads the state in passing with 3,122 yards and 41 touchdowns against eight interceptions, and he’s spread the ball around — seven receivers have 10 or more catches.

Coach Stallworth, though, is wary of his top-seeded team’s quarterfinal matchup with Thatcher, which won three consecutive 2A titles from 2016-18 and made the playoff field in its first year in 3A. The Eagles started the season 1-3 but came into their own after they moved senior Mark Wren to running back and installed sophomore Brandon Napier at quarterback.

“They’re a tough, physical team, and they really found their identity when they made some changes,” Stallworth said. “We’ve got to focus and not get caught looking ahead. We’re going to need to be more physical and play quality defense like we did last week.”

Pusch Ridge Christian: The fourth-seeded Lions pushed Yuma Catholic in Week 2, holding the Shamrocks to a season-low 14 points in Pusch Ridge’s only loss of the season. Senior Evan Lovett, the son of former Arizona receiver and longtime Lions assistant Lamar Lovett, has run for a career-high 1,291 yards and 15 touchdowns, averaging 14.3 yards per carry.

Round Valley: Last year’s 2A state champion gutted out a 21-20 play-in victory over Valley Christian to earn the No. 6 seed. The Elks have a difficult opening matchup with ALA-Gilbert North but proved their mettle last season during their title run.

Snowflake: The Lobos won the always-rugged East Region despite suffering their only loss of the season in Week 5 against Round Valley. They’re the No. 2 seed. Snowflake relies on a balanced attack with four runners between 200 and 500 yards and junior quarterback Caden Cantrell passing for 1,395 yards and 13 touchdowns.

Phoenix Christian reached last year’s 2A final and boasts the state’s rushing leader in senior Howard Russell, who has run for 1,554 yards and 23 touchdowns this season — including 359 yards and six touchdowns in a 56-27 victory over River Valley in the play-in round, giving him 715 yards and 10 touchdowns in back-to-back weeks against the Dust Devils. Can the Cougars’ one-man wrecking gang earn them an upset in the White Mountains against Snowflake?

To apply an old boxing adage to this potential final, styles make fights, and this fight between the Shamrocks’ high-flying offense and the Elks’ hard-nosed defense would make for a fantastic final. In the end, the dynamism of Yuma Catholic’s offense should carry the day.