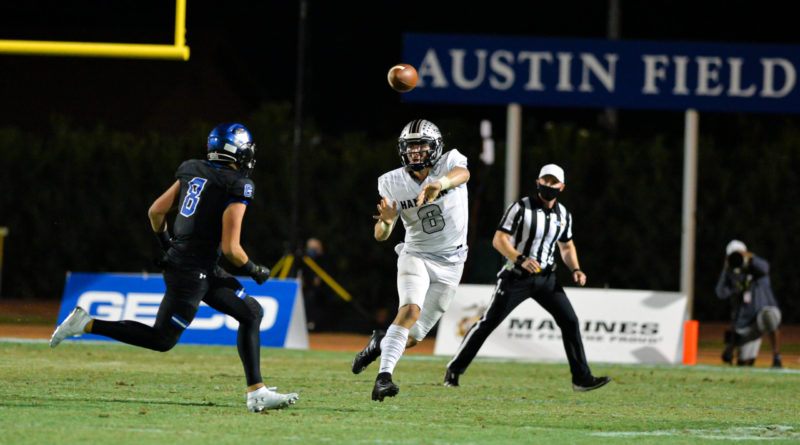 Zdebski said Tuesday that Marchiol suffered a bruised left (throwing) shoulder in the Huskies’ 34-14 loss to Chandler in both teams’ regular-season finale. Marchiol left the game with about 4 1/2 minutes remaining in the third quarter after taking a hit while scrambling for extra yardage and did not return to the game.

Marchiol, who transferred to Hamilton from Regis Jesuit in Aurora, Colo., over the summer, led the Huskies to a 7-1 record and the No. 2 seed in the Open Division tournament, which kicks off Friday night.

He has completed 71.5 percent of his passes (103 of 144) for 1,239 yards and seven touchdowns against four interceptions. He has rushed for 412 yards and five touchdowns.

If Marchiol is unable to go, sophomore Roch Cholowsky would make his first career start.

— René Ferrán; photo by Will Edmonds