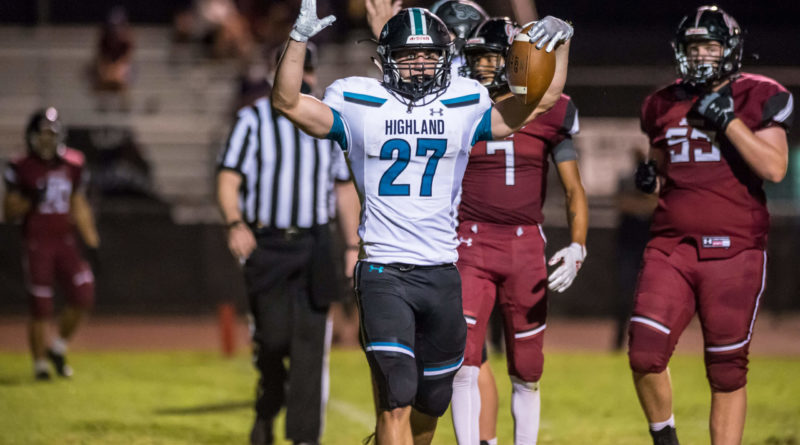 The Arizona high school football playoff brackets were released over the weekend, and this week we’ll be analyzing each of the playoff fields. Here’s a look at the 6A bracket.

When Chandler coach Rick Garretson analyzed the Open field after its announcement, one thing stunned him — the absence of Highland in the bracket.

The Hawks started 4-0, then stumbled through a three-game losing streak that included competitive defeats against Hamilton and Chandler, the top two teams in the Open Division. Highland finished the regular season by pulling away for a 33-22 victory over Higley, but surprisingly, the Hawks ended up as the No. 4 seed in the eight-team 6A bracket.

“We had our opportunities to get it done, so I thought it was justified that we didn’t make the Open,” Highland coach Brock Farrel said. “We’re in the playoffs, we have a home game, and we’ve got a path to the 6A title. I’m not that upset.”

Boulder Creek: The top seed in the field is led by do-everything back Jacob Cisneros (1,042 yards, 13 TDs rushing; 34 catches for 517 yards and nine TDs) and enters the playoffs on a seven-game win streak.

Chaparral: The Firebirds entered the season with Open Division aspirations but lost the first three weeks to COVID-19 quarantine and have alternated wins and losses in their five-game schedule. Their 52-10 romp over Pinnacle vaulted them into being a dangerous No. 7 seed in the bracket.

Queen Creek: The Bulldogs started Highland’s three-game losing streak with a 24-14 road win, kicking off a four-game win streak that propelled them to the No. 2 seed. Utah-bound linebacker Trey Reynolds leads the state with 120 tackles (15 per game), and junior quarterback and USC commit Devin Brown has passed for 1,536 yards and 17 touchdowns.

Basha started the season 0-2, falling to fellow playoff qualifiers Shadow Ridge and Corona del Sol, but slowly found its way with freshman quarterback Demond Williams Jr. (1,574 yards, 15 TDs) growing into the starting role and a cadre of senior skill players excelling around him. The Bears enter the playoffs riding a six-game win streak and tons of momentum.

Chaparral-Queen Creek should be a barnburner in the quarterfinals, and the winner would be favored to reach the final. Highland has the defense to slow Cisneros enough to get past Boulder Creek, setting up a Highland-Queen Creek rematch in the final. In their first championship game appearance, the Hawks get their revenge to grab their first state title.