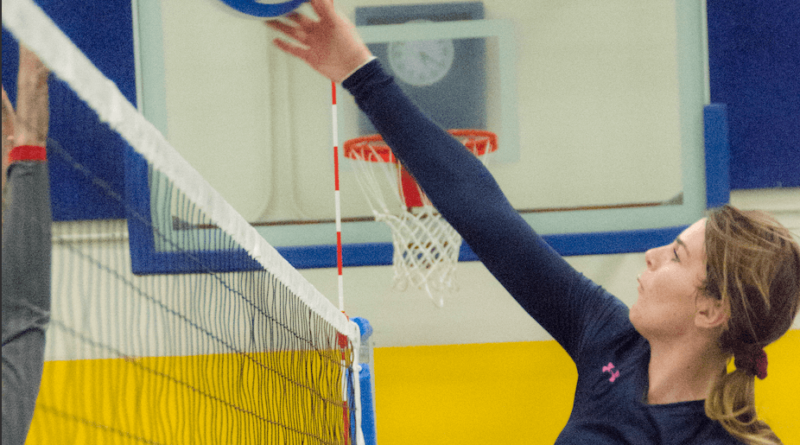 This week, we’re taking a position-by-position look at some of the top players in Arizona high school volleyball. Our third list focuses on the middle blockers.

There are hundreds of standout volleyball players in Arizona and these lists are not intended to be comprehensive. Use the comments section to discuss the other middles who have starred in 2020.

Cardenas joined the Chiefs program last year and suffered through an injury-plagued junior season. She has been healthy this fall and it’s showed, with her ranking among 4A leaders in blocks with 33 (13 solo) to go with 109 kills. Her college interests could not seemingly be more divergent — automotive collision technology and culinary arts. “Her dominance at the net and her positive attitude build up the team,” Thunderbird coach Carly Whitehead said. “She gets really excited and intense, and that energy is contagious.”

Haluska was a first-team all-San Tan 5A selection for the Coyotes last year and led the team this season in blocks (32), kills (98, .262 hitting percentage) and aces (22). Unfortunately, the Fresno State commit had her junior season cut short when the Coyotes had to go into quarantine, making them ineligible for the playoffs — the first time they’ll miss the postseason since 2014.

Hagan, honorable mention all-East 3A a year ago, became a mainstay in the Longhorns offense this fall, leading the team with 126 kills (.202 hitting percentage) and ranking in the top 10 in the conference in blocks with 48.

Uhlenhop, who earned second-team all-Desert Valley 6A honors as a junior, missed a couple of weeks during the middle of her senior season but finished with 38 blocks and 71 kills. The Grand Canyon commit and four-year varsity player will end her career in the state tournament, though, after helping the 22nd-seeded Mountain Lions knock off No. 11 Rincon in Tuesday’s play-in round.

Bolden was a part-time varsity player as a sophomore but has blossomed this fall, ranking among the 5A leaders in blocks all season and finishing with 59 (52 solo) in 51 sets, third in the conference. The Titans survived the play-in round with a sweep of Nogales to qualify for the state tournament.

Harrison transferred from Kamiakin High School in Kennewick, Wash., where she was a two-year starter. Right away, she made her presence felt at her new school, leading the Longhorns with 51 blocks (seventh in 3A) to go with 100 kills (.217 hitting percentage).

Haase was a second-team all-Southern 5A selection last year for the Tigers, but she expanded her game this season, leading the team in blocks (34), aces (34) and kills (141) with a .407 hitting percentage. More important, the team qualified directly into the state tournament as a top-eight seed after having to fight through the play-in round every year since it was introduced in 2016.

Lomigora, whose older sister Mia is a senior defensive specialist for the Aztecs, led the conference in blocks with 134 as a freshman to help Corona del Sol reach the 6A state semifinals, yet somehow failed to make the all-region team. After leading 6A in blocks again this fall with 81 to go with 141 kills (.321 hitting percentage) and getting the Aztecs back to the state tournament, postseason recognition should not be an issue. The sisters are first-generation Americans who regularly speak Bosnian on the court — the language of their parents, who emigrated in 1995.

Yates followed a junior season in which she earned first-team all-Valley 2A honors by ranking among the conference leaders in blocks (35, seventh) and kills (170, ninth) while posting a .568 hitting percentage and serving 49 aces as the Titans earned an automatic berth in the state tournament.

Garcia was a first-team all-Metro West 3A selection as a sophomore, when she set school single-season records for blocks and kills, but she missed the final six weeks of her junior season. She came back this fall ready to make up for lost time, leading the Golden Eagles to the 3A play-in round — their first playoff appearance since 2009 — and finishing second in the conference in blocks with 65 (52 solo) and eighth in kills with 163 while hitting .538. She served 97.3 percent with 30 aces.

Rogers earned second-team all-conference honors a year ago in helping the Roughriders reach the 4A state quarterfinals. They made it back to state with a three-set sweep of Paradise Honors in Tuesday’s play-in round.

Scott moved up to the varsity squad toward the end of her sophomore season, teasing her potential with 17 blocks in five matches for the Spartans. She continued her strong play this year, finishing third in 4A with 45 blocks (40 solo) and hitting .255 with 85 kills.

Gibadlo earned second-team all-Northeast Valley 5A honors as a freshman, when she had 83 blocks to help the Falcons reach the state quarterfinals. She’s ranked among the conference leaders in blocks throughout her sophomore season, currently sitting fifth with 51 (25 solo) while hitting .406 with 126 kills and serving .920 with 21 aces.

Judd joined the Tigers before her junior season, moving from Malta, Mont., where she was named the Mustangs’ most improved player as a sophomore. Even at 5-9, she quickly became one of the tallest players on the St. David roster and settled into the middle blocker position, earning first-team all-conference honors as the Tigers won the state title. This season, she led the state with 130 blocks (73 solo) and hit .341 with 173 kills to help St. David earn the No. 1 seed in the state tournament.

“She was not shy when she arrived. As soon as she walked in the gym, she made herself part of the program,” Tigers coach Tylene Miller said. “When it came time for state last year, she just stepped it up and started playing at a whole different level. Something went off, and it’s continued going this year.”

Hedrick has played a critical role in the Coyotes winning back-to-back Black Canyon 4A region titles, the first two championships in the program’s history. She was a first-team all-region selection as a junior and finished 10th in the conference with 33 blocks this season to go with a team-high 108 digs, 87 kills (.277 hitting percentage) and 21 aces.

Whether she goes by Elizabeth, as she did her first two seasons for the Skyhawks, or Liz, she has been a force in the middle of the front row in her first three seasons, amassing 168 career blocks — including 31 this fall to go with 112 kills (.377 hitting percentage) and 15 aces.

Blutreich is the daughter of Olympic track athletes Brian (1992 discus) and Lynda (2000 javelin), but her focus always has been on the volleyball court. She received all-Central 6A honorable mention as a sophomore playing alongside older sister Brooke, who graduated in June. This fall, Logan ranked among conference leaders in blocks (47, sixth) and kills (116 with a .391 hitting percentage) to help the Thunder earn an automatic berth in the state tournament.

Beaudoin earned second-team all-San Tan 5A honors last season and again led the Tigers in blocks this fall with 28 while hitting .454 with 84 kills.

Girnius, who plays opposite classmate Alissa Uhlenhop in the rotation, put up similar numbers to her fellow middle. She earned second-team all-Desert Valley 6A honors as a junior along with Uhlenhop, tallied 40 blocks this season to lead the team (two more than Uhlenhop) and recorded a team-high 101 kills.

For the first time since the introduction of the play-in round in 2016, the Pioneers earned an automatic berth in the 6A state tournament thanks in large part to the play of Lounds, a first-team all-Desert Valley pick as a junior. Lounds finished second in the conference with 64 blocks (43 solo) and led the team with a .394 hitting percentage (95 kills).

Long is going to Baylor University for track and field as a national champion in the discus, but she could have had her pick of colleges in volleyball as well after transferring to Perry from West Linn, Ore., the summer before her junior year with older brothers Seth (Northern Arizona) and Ethan (Arizona State) playing college football in the state. She earned second-team all-Premier 6A honors as a junior for the state runner-up, and this fall, she ranks fourth in the conference in blocks with 49. “She and Jenna (Heller) are both very special athletes and probably the two most competitive kids that we’ve ever had,” said Pumas assistant Nicole Wagner. “They push each other and our team to be better.”

Kitna had a banner 2019, winning a USA Volleyball U15 national title with the Arizona Revolution and being named to the All-Arizona team by the Arizona Republic. This season, she helped lead the Eagles to a top-eight slot in the 6A state tournament, ranking among the conference leaders in blocks with 46 while hitting .440 with 122 kills.

Jung, a first-team all-Northwest 5A selection last season, helped the Vikings make a successful jump to 6A this fall — they won their play-in match to qualify for the state tournament. Jung hit .442 with 98 kills, had a team-high 29 blocks and served 23 aces.

Lewis returned to the Gators program after a two-year absence and made an instant impact. She finished among the 6A leaders in blocks (45) and kills (142) with a .314 hitting percentage — all team highs for a squad that earned an automatic berth in the state tournament.

Kvanvig has played this season with a heavy heart after the death of her father, mother and younger brother in an April plane crash. Playing in their memory, she helped the Wolves make the 6A state tournament for the first time since 2010 — they won their play-in match in three sets over Westwood. Kvanvig finished third in the conference with 56 blocks.

Mahon had a strong freshman season, earning second-team all-San Tan 5A honors. She followed this year by ranking among team leaders in kills (135 with a .332 hitting percentage), blocks (15) and aces (31).