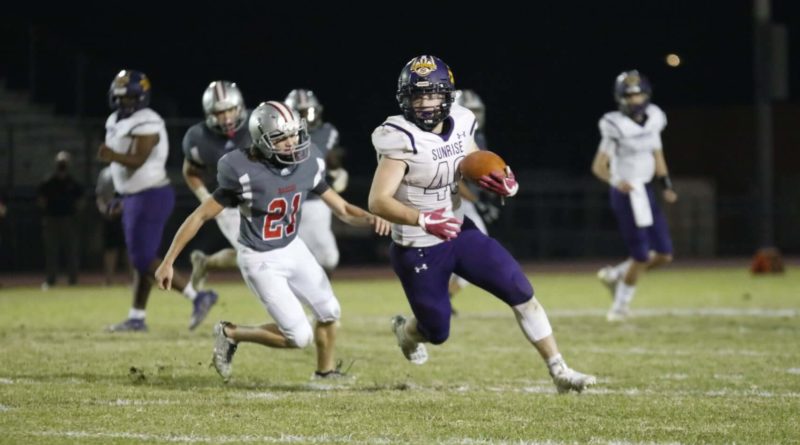 Only three of the eight teams that qualified a year ago would return this fall — defending champion Chandler, Hamilton and Salpointe Catholic — and usual powers such as Centennial and Saguaro weren’t among the top 16 on the watch list.

“Saguaro not being in there tells you the formula is flawed this year,” said Sunrise Mountain coach Steve Decker, whose team is No. 5 in the initial rankings.

Of course, there’ll be plenty of movement over the next two weeks, and ultimately, the Open rankings will not be the final say as to which eight teams make the bracket — an AIA committee will determine qualifiers and placement. They do, however, provide a jumping-off point for plenty of discussions.

The top four teams come as no surprise, and seeing the defending 6A champion Lions in at No. 6 speaks to how they’ve improved since a 1-2 start that included losses to Chandler and Sunrise Mountain.

I don’t think many observers would have had Casa Grande as the only 4A team in the projected field or Sunnyslope as the final qualifier. Remember, though, that the rankings won’t determine the field. Those two teams look like the likeliest candidates to get subbed out by the committee if they still are among the top eight after Week 8.

Finally, expect the AIA committee to do plenty of shuffling to account for cancellations related to the resurgent pandemic.

“It’d be a big honor to be in the top eight, for sure,” said Decker, whose team would prove its worthiness with wins over Verrado and Cactus Shadows to close the regular season. “But, if you end up at 8 and matched up with Chandler, that’s not something that a lot of people want.”

The Aztecs and Toros, each 6-0 for the first time in the past dozen years, get no favors if these playoff matchups hold. The Firebirds were touted as an Open contender before COVID-19 derailed the start of their season, and the Black Hawks won last year’s 5A title. The other two projected quarterfinal games would be must-see affairs.

To me, this is the bracket likely to be most in flux over the next two weeks until the AIA finalizes the Open Division playoffs. Sunnyslope, which has the final Open spot in the initial rankings, finishes the regular season with Goldwater and Boulder Creek. Even with two victories, the Vikings’ negative average opponent rating and other factors make them ripe to get bounced from the field and dropped into the 5A bracket.

Could the committee reward the Saguaro Sabercats, whose schedule has probably seen more changes than any other team in the state? Cactus Shadows can make its Open Division case by winning out against Desert Mountain and Sunrise Mountain, with both games on the road.

The current gap between No. 16 Lake Havasu and No. 17 Lee Williams in the computer rating (0.8256) seems enough to ensure the Knights maintain their hold on the final play-in berth. What’s interesting is what happens if any of the four 4A teams on the current Open watch list — Casa Grande, Mesquite, Cactus and Coconino — get selected to the field. Assuming they win their play-in matchups, that would open the door for a lucky loser (the highest-ranked team to lose in the play-in round) to sneak into the state playoffs.

4A football at midseason