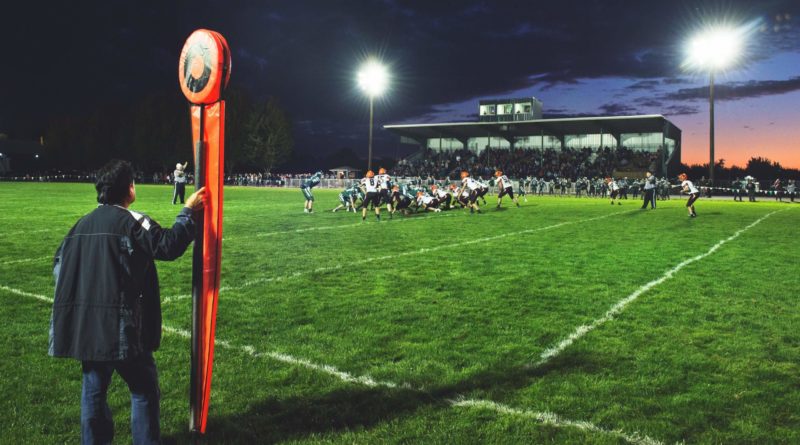 We’ve passed the halfway point of the regular season in Arizona high school football, and this week we’ll be examining where things stand in each of the state’s six conferences — including the top storylines, surprises, championship contenders and individual awards candidates. Here’s our capsule look at the 4A conference.

Is defending champion Mesquite ever out of a game? After the Wildcats’ latest escape act, rallying from 19 points down in the final 5:40 to defeat Gilbert 47-46 when a last-second field goal try by the Tigers missed, the answer appears to be no. As long as senior Oregon commit Ty Thompson is under center, Mesquite can continue pulling off Houdini acts, but there might come a day — especially in the playoffs — when the Wildcats find themselves in a hole too deep to get out.

The other 2019 champion in the conference, 3A titlist American Leadership Academy-Queen Creek, has done pretty well in its first year as a 4A program. The Patriots’ only loss came in Week 3 to Mesquite, and their high-powered attack has averaged 51 points per game, second (by one point) to Poston Butte among 4A teams.

The team the Patriots beat in last year’s 3A semifinals, Northwest Christian, also moved up this fall, and unlike ALC and Mesquite, the Crusaders have excelled on both sides of the ball in opening the season 4-0. They have the second-stingiest defense in the conference, allowing 28 points (seven per game) to trail fellow unbeaten Gila Ridge (6.3 ppg) among defenses. On offense, they’re using a balanced attack to average a 4A-best 55 points per game.

Poston Butte has never won a playoff game and hasn’t qualified since 2014, but the Broncos have matched their 2019 win total in a 5-0 start during which they’ve blended an explosive offense with a defense that has allowed the third-fewest points (10.8 per game).

“Our offense hits fast. We have a lot of fast guys (who) get the ball in open space and make great plays,” senior quarterback Gavin Lloyd told ArizonaVarsity.com. “When we get rolling, it’s hard to stop.”

Fifth-year head coach Dain Thompson, also the team’s defensive coordinator, points out that his team is more than just Nevada-bound running back Zion Burns, although Burns’ 843 yards and 12 touchdowns certainly don’t hurt. Lloyd has been efficient, throwing nine touchdown passes among his 20 completions and running for 229 yards and six scores.

“Having a returning quarterback with this kind of season with a limited offseason was key,” Thompson said. “He just manages the offense so well. He’s a dual-threat kid who has great command out there.”

Junior safety Amari Gilmore, a transfer from Chicago, leads the defensive effort with 49 tackles and two interceptions, and junior linebacker Riley Nolan has eight tackles for loss among his 39 total.

“Amari could play just about anywhere,” Thompson said, “but he’s molded himself into the team and fitted into a position where we needed him. He’s become a great player on defense, and his energy is just off the charts. The other guys feed off him, for sure.”

The Broncos missed out on a playoff appearance last season because 4A awarded region winners automatic berths, bumping them out of one of the final spots. This season’s playoffs will include a play-in round in Week 8 for the top 16 teams in the AIA rankings (assuming no 4A teams make the Open field), and barring something crazy, Poston Butte should end its playoff drought.

St. Mary’s has matched its 2019 win total during a 4-1 start that has the Knights atop the Skyline Region. They opened the season with a loss to ALC-Queen Creek but have rolled off four consecutive wins to set up this week’s showdown with Glendale, which has won at least eight games each of the past three years. The Knights have not won a playoff game since 1999, going 0-8 since, with their last appearance in 2016.

Can any 4A team crack the top eight and make the Open Division?

Last season, two 4A teams — Saguaro and Salpointe Catholic — qualified for the Open. With both perennial powerhouses reclassified to 5A as part of the AIA’s efforts to push the best programs to the highest conferences, the more traditional 4A programs are left to battle it out.

Mesquite challenged itself with a couple of games against 5A programs, but a Week 2 loss to Sunrise Mountain might have cost the Wildcats any shot at making the Open. In the MaxPreps rankings that form the base for formulating the AIA rankings, Mesquite was the top 4A team at No. 19 after four weeks, with ALA-Queen Creek at No. 25 and Poston Butte No. 26.

Without the Open Division siphoning off any of the top teams, that leaves a host of teams that all have a good shot of holding aloft the gold ball at season’s end.

“Talking to other coaches coming into the season, we counted 12 teams that we thought had a legitimate chance to win 4A,” Thompson said. “That still holds true five weeks into the season.”

We’ve touched on several of the top contenders already, and with unbeaten Gila Ridge ineligible for the postseason, here are a few more who could make noise if they survive the play-in round:

Coconino: The only other 5-0 team in the conference, the Panthers have allowed just 12.6 points per game. They returned to the playoffs after a 14-year absence last fall and would love to end a two-decade postseason victory drought this season.

Casa Grande: The Cougars have played an independent schedule as the only Kino Region team to play a full slate of games. Since losing to Salpointe Catholic in Week 1, they’ve reeled off four consecutive wins.

Cactus: The Cobras haven’t been shy with their early-season scheduling, opening at 5A title contender Sunrise Mountain and taking on another 5A power in Desert Edge. They’re 3-0 against 4A teams following a 45-6 rout of Flagstaff on Saturday afternoon, with a showdown this week against Northwest Christian that should say a lot about both teams’ title chances.

Offensive player of the year candidates

The two-way threat shares the conference lead in rushing touchdowns with Poston Butte’s Zion Burns with 12, running for 658 yards on 83 carries and completing nearly 60 percent of his passes (47 of 79) for 909 yards and nine scores.

Did we mention that he’s really good? Burns leads 4A in rushing yards, and he’s averaging a ridiculous 14.5 yards per carry, going over 100 yards in all five games. On defense, he has a team-high seven tackles for loss and three sacks after making the move from the secondary to outside linebacker.

The all-Arizona candidate and Oregon commit hasn’t disappointed while leading the Wildcats’ high-powered offense. He’s cracked 2,000 yards passing in five games — 100 of 163 (61.3%) for 2,055 yards and 22 touchdowns, throwing his first interception of the season last week against Gilbert. He’s also run for four scores.

Defensive player of the year candidates

The senior has followed a 100-tackle season during the Patriots’ title run a year ago by tearing up the 4A ranks this fall, with his 18 tackles for loss (40 total) and four sacks among the conference leaders.

Take away a Week 1 stinker against Sunrise Mountain and the Cobras defense has been downright nasty, holding Desert Edge to 12 points and allowing 32 points in their past four games, with Holmes (44 tackles, eight for loss) leading the way.

The Rockets might sit just 1-4 and out of the playoff hunt, but Outridge has had a big season. The junior ranks among the state leaders in tackles for loss (10½) and sacks (seven) while averaging more than nine tackles per game.

The senior has made two sacks in each of the Cardinals’ first five games to take over the conference lead with 10 among his 18 tackles for loss. He had a monster game in a Week 5 victory over Shadow Mountain — a season-high 10 tackles, four tackles for loss and two sacks.

Coach of the year candidates

The first-year coach took over for Tommy Brittain last winter and has the Knights on the verge of their first postseason berth since Brittain’s first season in 2016.

Mayfield took over in 2016 from John Becktold and slowly has built up the program, winning four games last season — the Rams’ most victories since their last playoff year in 2013 — and having already matched that win total this season. If they win in the play-in round, it would be their first postseason victory since 2007.