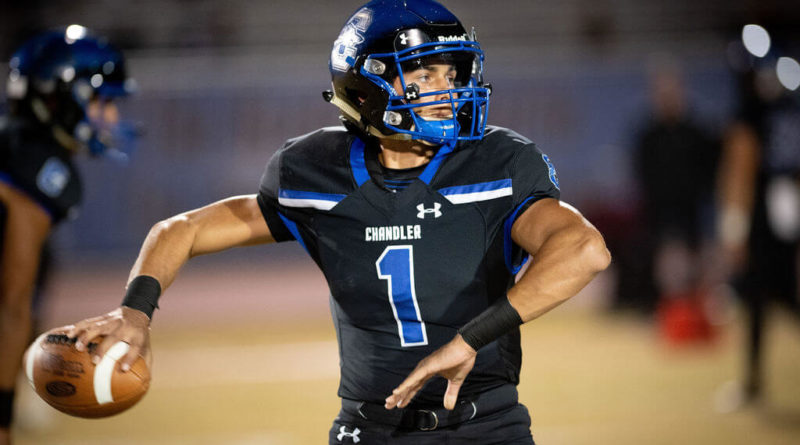 The 2020 Arizona high school football season kicks off this week, and leading up to Friday night, we’ve been counting down our list of the 25 best players in the state.

Note that this list is based on players’ expected performance this season at the high school level. It is not merely a list of top recruits, and college potential/longterm upside is not considered.

Somerville was a first-team all-conference pick on defense last season, when the Michigan commit and all-Arizona candidate finished with 68 tackles, including 29 for loss and 7½ sacks.

A first-team all-conference selection, the University of Oregon commit should provide Ducks fans plenty of appetite-whetting highlights this fall. Of his 54 tackles last season, 24 were for loss, including 16 sacks. He had 10 hurries and three forced fumbles.

Wolves coach Rick Garretson said Keene, a recent Central Florida commit, checks all the boxes one would want in a quarterback. The dual threat is quick on the release and can create on the run. He threw for 2,835 yards and 23 touchdowns as a junior, completing nearly 73 percent of his passes (193 of 265) with just five interceptions.

The first-team all-conference selection and all-Arizona candidate will take his talents to the Pacific Northwest next year — the state’s No. 2-ranked recruit committed to Oregon in May. He’s a tough blocker with long arms and the ability to get to the second level consistently.

There’s a reason the five-star Oregon commit and first-team all-conference selection rates as 247Sports’ No. 1 recruit in the state (No. 40 nationally). Thompson passed for 4,074 yards and 45 touchdowns in leading the Wildcats to the program’s first state title last year.