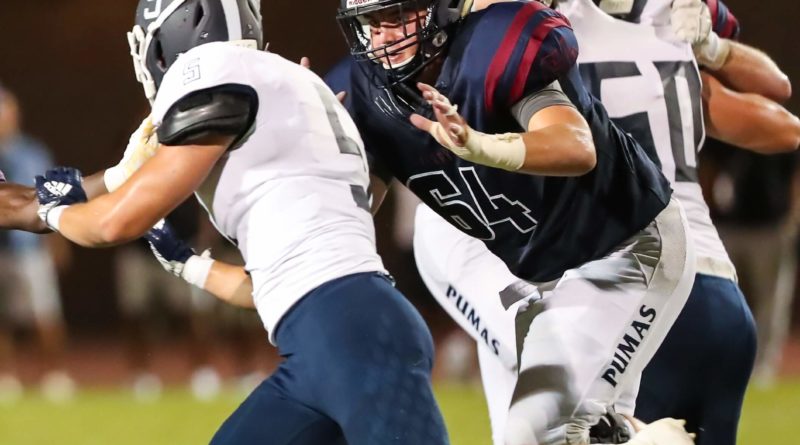 SBLive Arizona will preview every 6A football team in the state leading up to the 2020 high school football season. Here’s our look at the Perry Pumas of 6A Region 2 (Premier).

Region record: 2-2, tied for second place in 6A Premier

Playoffs: 6A, beat Mountain Ridge 38-25 in first round, lost to Desert Vista 70-63 in quarterfinals

When all-Arizona quarterback Chubba Purdy (now at Florida State) sat out Week 5 while serving a one-game suspension for violating a team rule, the Pumas turned to James, who went 11 of 19 for 152 yards and three touchdowns in a loss to Cesar Chavez. He and senior Dane White (5-10, 180), who served as Purdy’s primary backup, should battle this fall for the starting job.

A starter at age 14 as a sophomore, the first-team all-region selection led the Pumas with 10 tackles for loss (four sacks) among his 36 tackles. His combination of strength and quickness should start drawing college attention.

A second-team all-region selection a year ago, Berger is a speedy big-play threat, catching 36 passes for 909 yards (25.3 per catch) and eight touchdowns as a junior. “He has great speed and hands and runs good routes,” Jones said.

The second-team all-region pick has an offer from Northern Arizona. His versatility and high motor should help him garner FBS offers soon. “Andrew has great size and speed,” Jones said.

Swan and Mason are expected to anchor the offensive line this fall. Swan has an offer from Arizona State.

Smith moves up to varsity this year and will join Mason and Swan to form one of the region’s better (if younger) front lines.

The younger brother of former all-Arizona linebacker Case Hatch (now at Arizona State), Sy is looking to bounce back after missing all of last season with a knee injury.

Woodford is an FBS prospect who should become one of the top players in the Class of 2023.

The Pumas reached the quarterfinals last season, and another quarterfinal appearance would be Jones’ best-case scenario after seeing his all-Arizona quarterback leave for Florida State.

To reach that goal, Jones said winning the turnover battle is essential. The Pumas barely finished in the plus category last season at +2 over 12 games. He’s hoping to improve upon the 15 turnovers created.

They’ll rely on a defense that replaces eight all-region honorees, although Kennedy is a good building block — he was a menace in opposing backfields all season.

Perry also graduated eight all-region players on offense, none more important than Purdy, who threw for almost 6,800 yards and 69 touchdowns over the past two seasons.

James and White (8 of 11 in mopup duty) each saw time backing up Purdy last season. Whoever wins the starting job gets thrown into the fire right away, with 6A semifinalist Queen Creek in Week 1 before facing Hamilton and Chandler back-to-back.

Purdy also played a big part in the run game last year, rushing for a team-high 1,049 yards and 19 scores. Senior running back Nathaniel Miles (5-10, 175) is the top back returning with 377 yards and three touchdowns.

The Pumas will be hard-pressed to match their No. 3 playoff seed from a year ago, but they should extend their streak of postseason appearances to six.

“Every game on our schedule is important because we play arguably the toughest schedule in the state.” — Preston Jones