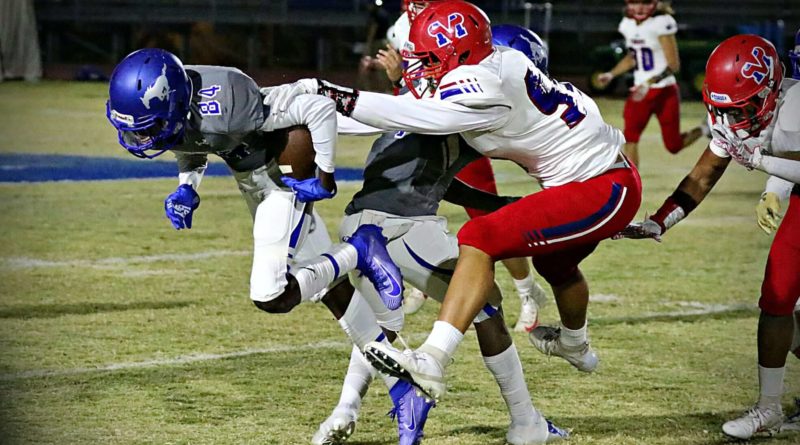 SBLive Arizona will preview every 6A football team in the state leading up to the 2020 high school football season. Here’s our look at the Mountain View (Mesa) Toros of 6A Region 5 (Central).

Roberts played in four games as a sophomore backup to first-team all-region signal-caller Brandon Nieto, completing almost 62 percent of his passes (37 of 60) for 540 yards with four touchdowns and five interceptions. “Willy is a good athlete with a strong arm,” Fell said.

Ta’ase earned second-team all-conference honors after taking over a starting spot from Day 1 as a sophomore, finishing with 74 tackles (tops among returning players) and a team-high eight sacks. “He’s fast and strong — a Division I football player,” Fell predicted.

Remus earned all-region honors at two positions — second team as a punt returner and honorable mention at receiver, where he caught 32 passes for 613 yards and five touchdowns, all tops among returning players. He’s a lightning-quick receiver who ran a 4.53-second 40 laser-timed. Fell also praised his sure hands.

The Toros will be young in the secondary, putting added pressure on Eastwood, who made 46 tackles as a junior.

Johnson caught 21 passes for 304 yards and three touchdowns as a secondary weapon last year. He’ll be expected to step into a bigger role this season. “He’s a good blocker and has great hands,” Fell said.

The starting jobs in the backfield are wide-open following the graduation of top backs Deshaun Jackson and Joe Ball. Marziale, who played in two games as a sophomore, is a versatile back, and Fell expects him to make an immediate impact. “Reese is our fastest player and potentially a college player,” Fell said.

The Toros returned to the playoffs last fall after a one-year absence, and they earned their first postseason victory in a decade before falling to eventual 6A champion Liberty in the quarterfinals.

They’ll avoid most of the 6A powerhouses this year, with a Week 3 home game against 6A finalist Red Mountain their biggest test before starting region play. The following week, they open region play against 6A semifinalist Desert Vista. That two-week stretch should tell whether a playoff berth is in the cards.

With teams’ offseason work limited because of COVID-19, Fell appreciates having 34 seniors with lots of varsity experience. He also likes the look of his defensive line, anchored by Ta’ase, who should start drawing college attention soon.

Roberts got a taste of varsity action last year and has a lock on the starting job in Fell’s spread attack. He has a couple of big-play threats in Remus and Johnson, and Fell is really excited to see what Marziale can do in the backfield. Sophomore Dalton Gillette (6-0, 195) also could get some carries as he eases into varsity life.

The Toros need to improve in three significant aspects to keep themselves in the running for a playoff spot.

First, they need to find a way to produce negative plays on defense. They registered only 22 sacks and 15 takeaways a year ago, giving up 366 yards per game — including seven games allowing 419 or more.

To help with that, they also must address their secondary, where they graduated three-fourths of their starters.

Finally, Fell said the offense has to find a way to finish more drives in their biggest games — despite the Toros averaging more than 30 points per game last season. Getting more short fields to work with by turning teams over would be huge.

“I feel we are a playoff-caliber team if we get to play a full season. We need to stay healthy and get to play all eight games.” — Mike Fell