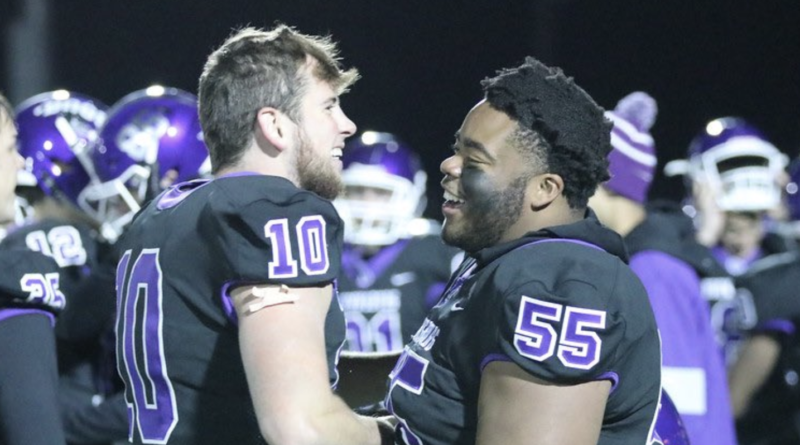 On Tuesday we released our preseason SBLive Power 25, a weekly look at the top high school football teams in the country. With some states either already beginning their high school football seasons or starting them up this week, there are a handful of games we are monitoring that could impact the Power 25.

Every week, SBLive reporter Connor Morrissette will preview the country’s top high school football games with an emphasis on what their results mean for the Power 25. Here’s what we’re watching this week:

La Salle has two senior blue-chippers in their secondary in safety Jaylen Johnson, an Ohio State commit and cornerback Devonta Smith, an Alabama commit. Elder is a Top 10 team in Ohio, but La Salle should win here.

Carmel is on our Power 25 radar. The Greyhounds have two top senior recruits in Colton Parker, a wide receiver, and Justin Pickett, a Duke commit on the offensive line.

Center Grove has the top 2022 recruit in Indiana in defensive tackle Caden Curry as well as a solid group of 2021 national recruits. They shouldn’t slip up.

St. Edward and Massillon Washington are each top teams in Ohio that will have a chance to break into the Power 25 in 2020.

Orem is a team on our radar and they travel to play a good Skyridge team this week. Kingsley Suamataia is the top 2021 recruit in Utah. He plays offensive tackle for Orem.

Lone Peak has gotten off to a hot start in 2020 with two big wins over Timpview and Jordan. If the Knights continue to dominate opponents, they could move into the Power 25. Junior running back Jaxon Willits, an Oklahoma baseball commit, has gotten off to a fast start this season for Lone Peak, rushing for three scores.

Bixby is the top team in Oklahoma and is on our Power 25 radar. The Spartans will have to deal with Union senior running back AJ Green, an Arkansas commit, in their opener.

St. Xavier and Brownsburg are each on the outside looking in at the SBLive Power 25. Brownsburg has four top 50 Indiana recruits, per 247Sports.com, led by receiver Preston Terrell, a Purdue commit and quarterback Ben Easters, a Kansas commit.

Bryant has won two 7A titles in a row in Arkansas and has a great chance at a three-peat in 2020. The Hornets graduated some key pieces from last year’s team, but return senior QB Austin Ledbetter, who threw 40 touchdown passes last season.

In game one, the Tigers face off against Jack Sawyer, a five star Ohio State defensive end commit and his Pickerington North team. This game will show if Pickerington Central deserves to stay in the Power 25.